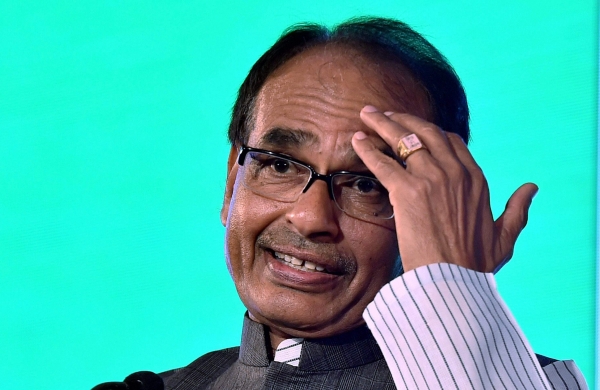 Express News Service
BHOPAL: Anger of an assembly by-election being thrust upon them despite the spike in COVID-19 cases seems to have taken a toll on the political prospects of the ruling BJP in at least one seat in Madhya Pradesh.

The ruling party was set to lose the assembly by-poll to the Damoh seat of Damoh district, with the old warhorse of the opposition Congress party Ajay Tandon set to defeat BJP candidate Rahul Singh Lodhi by a handsome margin on Sunday.

Importantly, the Damoh seat has always been prestigious for the BJP as its veteran politician and ex-finance minister Jayant Malaiya has won it six times, before losing in 2018 to Congress rookie Rahul Singh Lodhi by just around 800 votes.

However, just two years later the giant-killer, first-time Congress MLA changed sides, switching over to the ruling BJP, after quitting from the Vidhan Sabha. Since then the Congress has been canvassing public support for its candidate Ajay Tandon, by targeting Rahul Singh Lodhi on the Dal-Badlu (turncoat) plank. According to political watchers, there was public angst against Lodhi for forcing the by-poll on Damoh, which is among those MP districts, witnessing fresh COVID-19 cases in three-digit figures.

Importantly, owing to the groundswell against Lodhi, the BJP never went ahead in any of the rounds. The party even trailed perhaps for the first time in decades in the urban ward housing BJP’s all-powerful Malaiya family. The BJP candidate even polled fewer votes than his Congress rival in his own village booth.

“Damoh by-poll was actually fought by the CM himself, leaving behind the entire state to be swept by the COVID pandemic. He should take moral responsibility of the party’s loss and also pushing the lives of the state’s people in danger and quit from his post,” Saluja tweeted.

A senior BJP leader from the Bundelkhand region, however, said the Damoh debacle was a fallout of a Lodhi caste candidate being fielded by the party.

“The entire by-election ended up becoming a Lodhi caste vs all others battle, owing to which it was the candidate and not the party, which lost,” the state BJP leader said.