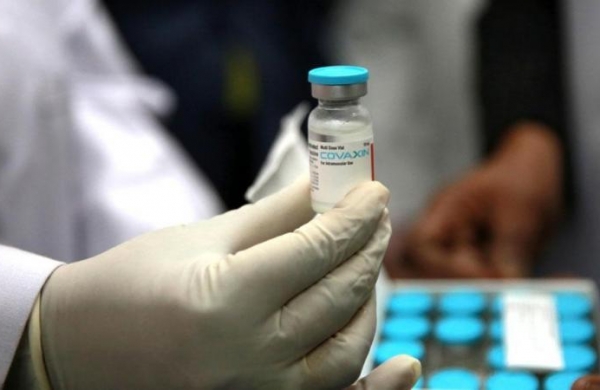 By PTI
BHOPAL: A truck carrying 2.40 lakh doses of Covaxin worth Rs 8 crore was left parked for nearly 12 hours after its driver went missing under mysterious circumstances in Madhya Pradesh’s Narsinghpur district, police said on Saturday.

The Tamil Nadu-registered vehicle, which was transporting the vaccine from Hyderabad to Karnal in Haryana, was left abandoned for nearly 12 hours in Kareli area, Narsinghpur superintendent of police Vipul Shrivastava said.

The matter came to light on Friday afternoon when the police were informed that a truck, with a mention of vaccine- manufacturer Bharat Biotech on it, was parked near Kareli bus stand, around 16 km from the district headquarters, the official said.

According to the police, the truck contained 2.40 lakh doses of Covaxin worth Rs 8 crore.

“We contacted the transport company TCI of Gurgaon and informed them about the driverless truck. The company also got worried when they couldn’t contact the driver after finding out the GPS system that the vehicle remained stationary at Kareli,” Shrivastava said.

The company then arranged for another driver and the truck set off for Karnal at 8 pm, he said, adding that the driver Vikas Mishra is still missing.

“We tracked down his phone at a place 16 km from the spot. As the engine of the vehicle was on, its refrigerator with vaccine doses was functioning. So, I feel that vaccines were safe,” he added.

When asked if incidents of truck loots had been reported on the route in the past, Shrivastava said road robberies are almost naught in the region.

“Circumstantial evidence suggests that the driver was not robbed. Efforts are on to trace the driver, who is in his early to mid-20s and hails from Amethi, Uttar Pradesh,” the official added.