Centre had announced COVID vaccination for youths with eye on polls: Kamal Nath 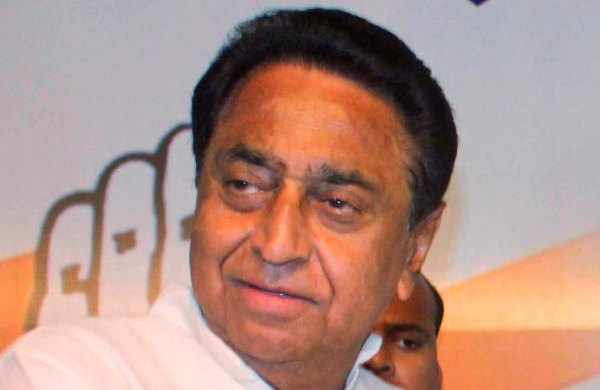 By PTI
BHOPAL: The announcement made by the Centre last month to roll out the third phase of vaccination for the younger lot in the absence of adequate stock of doses amounted to the “betrayal” of people, senior Congress leader Kamal Nath said on Saturday and demanded the Supreme Court take cognisance.

Red-flagging the unavailability of COVID-19 jabs in many states, Nath said the vaccine rollout announcement was a “poll gimmick” aimed at luring youths for the last phase of assembly elections held in West Bengal on April 29.

Notably, the Madhya Pradesh government had earlier announced to launch vaccination for the people in the age group of 18 to 44 years from May 1, but withdrew its decision due to unavailability of vaccines.

“About 2.5 (crore) people had registered themselves for inoculation but vaccines are not available and nobody knows when will they be made available,” the Madhya Pradesh Congress president alleged in a statement.

He said the Modi government made the vaccination (for the 18-44 age group) announcement on April 19, registration for which was to start from April 28.

“Notably, the last phase of polling in West Bengal and UP (Panchayat elections) was on April 29.,This announcement was a poll gimmick which amounts to the betrayal of the people,” he alleged.

He said several states have postponed the inoculation drive due to the unavailability of anti-COVID-19 shots.

“This proved to be a false announcement, an electoral jumla. This was aimed at luring the youths in the last phase of polling,” the former chief minister said.

Nath said that even in the time of the pandemic, the BJP government is more concerned about winning elections by making “false announcements”.

Countering Nath, Madhya Pradesh BJP secretary Rahul Kothari said the vaccination rollout for people in the age group of 18 to 44 years was not an electoral announcement.

“Nath seems thinking about politics all the time.

The Centre could have announced the vaccination decision earlier also.

What was the need for it to wait till the last phase of the polls?” he questioned.

Kothari said several states started inoculating the people above 18 years (from May 1).

“Other states will do so soon,” he added.