The superhero next door 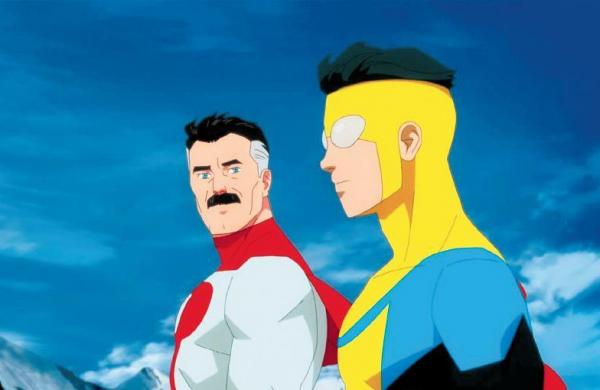 Express News Service
When I picked the Amazon Original animated superhero series Invincible for this column, I wondered if it was perhaps too escapist a choice. But at times like these, when this world and its horrors get too much to handle, we could all use a little escape. Based on Robert Kirkman’s comic book of the same name, Invincible is a world unto itself and that was a big draw for me. It doesn’t try to comment on our world or make big statements; just builds its own universe and unfolds at its own rather inscrutable pace. And this comes as a relief. It’s the perfect escape.

Part of the reason for Invincible’s distance from today’s world is that the comics it is based on were created nearly two decades ago. The makers have also chosen a style of animation that is very much in tune with the comic book aesthetic. It harks back to cartoons from the 90s with the bright colours and unsophisticated style. It really feels like a comic book come to life. The story revolves around the titular superhero (aka Mark Grayson, voiced by Oscar-nominated actor Steven Yeun) and the eight-episode first season—the finale of which premieres this Friday is essentially his origin story.

Mark Grayson is an average 17-year-old high schooler, more or less, except he’s known since he was seven that he would one day gain superpowers. This is because his father Nolan (JK Simmons) is Omni-Man from the planet Viltrum, where everyone can fly, move at super-speed and all possess great strength, who has come to Earth to be its protector. Basically, he’s the Superman of this universe.

There are many such parallels to characters from other more popular comics: Darkwing (Batman), War Woman (Wonder Woman), Red Rush (The Flash), Monster Girl (Hulk), Guardians of the Globe (Justice League), and so on. It works as shorthand to quickly introduce us to these characters. And that’s important because there are a whole lot of characters here and multiple subplots that go with them. The show, incidentally, also has one of the most impressive casts ever put together by an animated show, with names like Zachary Quinto, Mahershala Ali, Mark Hamill, Zazie Beetz, Gillian Jacobs, Jason Mantzoukas, in addition to Yeun, Simmons, and Sandra Oh (as Mark’s mother, Debbie Grayson). The voice performances are a highlight of the show and make up for any slack in plotting and pacing.

Mark gains his powers in episode one and begins training with his father. While most of the episode is devoted to this father-son bonding, it is bookended by two superhero battles that show us the larger picture. The one that opens the episode introduces us to the Guardians of the Globe as they fight back an attack on the White House. It’s brisk, business-like and sets up the stage nicely. But this battle is preceded by a short exchange between two guards (one voiced by Jon Hamm). It’s very ordinary, sounds like something out of a soap opera, and except for one reference to the superhero/villain world they live in, has nothing to do with the rest of the story. And immediately after the battle, we cut to Mark and his mother Debbie having a sitcom-like conversation. As for the final battle, it comes completely out of left field and sets up the main conflict of the season.

These abrupt changes in tone are a defining feature of the show. It makes it hard to categorise the series. It’s a coming-of-age teen drama, superhero story, comedy, action, romance, pathos everything rolled into one and often rolling into one another. While this sets Invincible apart from other comic book adaptations, some obvious comparisons are bound to pop up. The aforementioned character parallels, of course, but also, an almost direct link to the theme of another Amazon Original, The Boys (Seth Rogen and Evan Goldberg serve as executive producers for both shows). And like that series, Invincible has a lot of violence, which somehow feels more visceral despite this being an animated show. However, there isn’t as much dark humour here. Nor as much cynicism. Invincible is instead characterised by an earnestness that is quite endearing. Much like its titular superhero with his boy next door charm.