I wanted to develop and build out the world of John Clark: Michael B Jordan 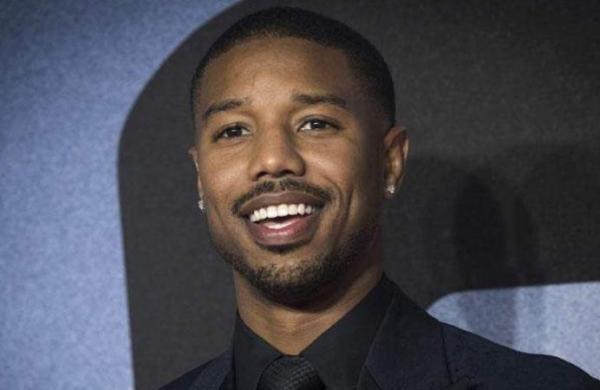 By Express News Service
After the biographical legal drama Just Mercy, actor Michael B Jordan is returning to his tried-and-tested action space with his next film, Without Remorse. He produces and stars in the film that is scheduled to premiere on Amazon Prime Video today.

Directed by Stefano Sollima, Without Remorse is based on the 1993 novel of the same name by Tom Clancy and is a spin-off of the Jack Ryan film series. Like many in his generation, Jordan’s introduction to the Jack Ryan universe came primarily through the popular Rainbow Six video games. The games focus on an international counter-terrorism unit run by a former Navy SEAL named John Clark.

“I grew up playing those games. They are set in the world of John Clark, and you control his elite team through different missions. I thought they were super dope!” says Jordan.

Decades later, while searching for properties to develop through his production company Outlier Society, Jordan and his producing partner Alana Mayo were thrilled to discover that Without Remorse was available to adapt at Paramount Pictures.

“They had a lot of interesting titles in their library, but when I saw that John Clark’s origin story was included in there, I really wanted to develop it and build out that world,” says Jordan.

About his character, Jordan says, “He’s got a big heart and he will do anything for his friends, and that’s how I feel as well. Once he sets his mind to something, he’s determined to work at whatever it is until he accomplishes his mission, which describes me too.”

Jordan describes Kelly as a man who initially believes in the military hierarchy. So much so, that he thinks of himself as an extension of his country. But when he discovers his family is killed as part of the conspiracy, this elite soldier finds himself ill-equipped to handle it emotionally. “In his mind, he doesn’t have anything left to live for,” says the actor.

“Everything he cared about is gone, so it sends him down a very dark path. Unfortunately for the people who did this to him, they picked the wrong guy to mess with. He’s going to fill the empty hole within himself with as many bodies and as much chaos as he can. He’s hurt and heartbroken, so he throws himself into this wild mission in a very calculated way.”

Jordon adds that he enjoyed working with award-winning filmmaker Stefano Sollima, known for films like Sicario: Day of the Soldado. “I loved Stefano’s Sicario sequel, so I felt like he was a great choice to direct this project. From the moment I met him, I could tell he knew exactly how to capture the intensity we were looking for,” Jordan says.

Edward Norton joins the cast of Knives Out 2