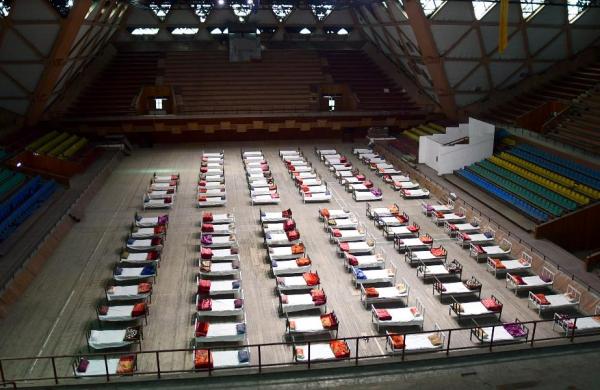 Express News Service
SRINAGAR: While it was the campaign extravaganza that triggered a case surge in poll-bound states, in Jammu and Kashmir, a huge tourist inflow enamoured by the famed Tulip garden led to 20.34 per cent spike in Kashmir and 26 per cent rise in Srinagar between March 25 and April 25.

On the day Asia’s biggest Tulip garden in Srinagar was thrown open to public (March 25) after a lockdown-induced hiatus, the Valley registered 131, including Srinagar’s 65 fresh cases. The active case tally in the Valley at that time was 1,209, while Srinagar had only 747.

During the one-month period between March 25 and April 25, the Tulip garden registered 2.30 lakh footfalls, including 80,000 outstation tourists. By April 25, when all paid parks, including Tulip garden, were closed, Kashmir’s tally had risen from 76,658 to 96,237 cases, registering an addition of 19,579 cases and accounting for 20.34 per cent of the total cases recorded in the Valley.

Further, the positivity rate in Srinagar rose 26 per cent between March 25 and April 25, with it adding 10,447 fresh cases to its tally in a month. The city recorded its highest addition of 748 cases on April 25. The Valley recorded 82 deaths during the period, of which 41 were from Srinagar district alone.

The doctors and civil society members have attributed the surge in COVID cases to the opening of the gardens.

Doctors Association Kashmir president and influenza expert, Dr Nisar-ul-Hassan, said: “The authorities kept the gardens open and thousands thronged the gardens daily and it could have been a factor for the surge in the Valley and the eventual rise in hospitalisation and death, too.”

Popular drugs used to treat coronavirus in adults not fit for kids: Govt