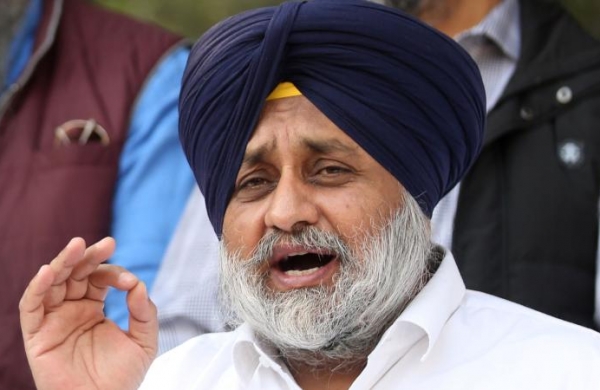 Police sources said that Badal had on Wednesday held a function at his residence in Badal village which is in Muktsr district of Punjab for Arshdeep Singh Robin Brar who was newly appointed as president of Students Organization of India, a youth wing of the Shiromani Akali Dal in which more than hundred party leaders and activist of SOI took part and Sukhbir himself addressed them. Of those who were present were Muktsar MLA Kanwarjit Singh Rozy Barkandi and senior party leader Tejinder Singh Midhukhera.

Police registered a case against Sukhbir Badal and Arshdeep Singh Robin Brar and other hundred unidentified people for disobedience to order duly promulgated by a public servant at the Lambi Police Station in Muktsar district.

“In a video, a leader is heard asking the people attending the function not to take pictures or make a film of those present. But that video is leaked on social media. Also, Sukhbir is asking the activists to start working for the next assembly elections, ‘’ said an insider.

Already the state government had imposed a ban on all social, political and cultural gatherings in the wake of a resurgence in COVID-19 infection in the state.