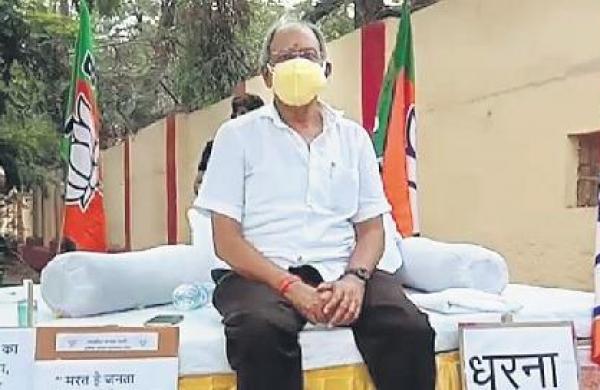 Express News Service
State bags 12 National rural governance awardsChhattisgarh received 12 awards under the Rashtriya Panchayat Puraskar-2021 instituted by the Ministry of Panchayati Raj. PM Narendra Modi transferred the prize money to the accounts of winning panchayats in a virtual ceremony held in New Delhi. Kondagaon district panchayat, Gariyaband and Tilda janpad panchayat and 7 Gram panchayats, including e-panchayats, have been conferred the national award under different categories. This is the second consecutive year when 12 awards were bestowed upon panchayati raj institutions of Chhattisgarh for their outstanding work

Pradesh Youth Cong revamped with focus on futureChhattisgarh Pradesh Youth Congress has been revamped by promoting young office bearers to hold newer roles and responsibilities. They were asked by the party’s high command to work hard and dedicate their time and energy to strengthen the Congress. Former NSUI national secretary Gulzeb Ahmed, among the 70 newly-promoted members, is the only one to have been directly appointed as the general secretary of the state youth congress. “The new team will work to serve the interests of youngsters and address the issues concerning the youth,” he said. As NSUI national secretary, Gulzeb had earlier served as in-charge of four states Delhi, Uttar Pradesh, Gujarat and Uttrakhand during Assembly elections.

Jindal Steel supplies O2 to six statesAmid an acute shortage of medical oxygen across the country, the Jindal Steel & Power Ltd (JSPL), which has the capacity of manufacturing 100 tonnes of oxygen daily, has been supplying the gas to six states—Chhattisgarh, Odisha, Madhya Pradesh, Rajasthan, Telangana and Delhi – for the past four days. The organisation is providing the oxygen from its units based in Angul and Raigarh. “During this Covid crisis we stand with the people of the country. JSPL will extend every possible cooperation,” said Navin Jindal, the Chairman. Other industresial organisations are now coming forward with their support on oxygen supply

BJP leaders stage virtual sit-in protestWhoever said that work-from-home model could not work for politicians! Singed by criticism that their party campaigns in poll-bound states was a super spreader, the BJP here found a way to stay in the reckoning while being an effective Opposition. The party leaders staged a sit-in, but with a twist; theirs was a day-long virtual sit-in. Images and videos of BJP leaders Raman Singh, Brijmohan Agrawal and others sitting at home in protest against the government’s failure to contain the spread of virus did the rounds on social media. It seems politics, too, is reconciling itself to the changing times