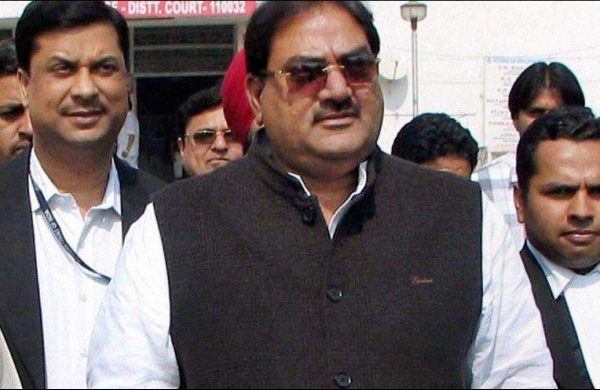 By PTI
SIRSA: Senior INLD leader Abhay Singh Chautala has hit out at the BJP-JJP government in Haryana over its COVID-19 management, saying the situation in the state is worse than that of Delhi.

“The situation in Haryana is worse than that of Delhi. There is no bed available in the hospitals, there is a shortage of oxygen.

“This government does not have any right to stay in power. Forget about providing the basic needs to the people, they have even failed to give them emergency services,” Chautala told reporters here on Tuesday.

He said state Health Minister Anil Vij should resign for the alleged failure in the handling of the situation.

Haryana has registered a sharp rise in the numbers of COVID-19 cases and fatalities this month.

It recorded the biggest single-day jump in COVID-related fatalities and cases on Tuesday with 84 deaths pushing the toll to 3,926, while the tally climbed to 4,47,754 with 11,931 fresh cases.

However, the state government has maintained that it is doing its best to deal with the situation even as it has assured people on availability of beds, medical oxygen supplies, medicines, vaccine doses etc.

Chautala also took a dig at Chief Minister Manohar Lal Khattar, saying he should discharge his responsibility efficiently in the present situation.

“The government should focus on how to tackle the (COVID-19) situation…but the chief minister gives hour-long speeches on television. Rather than giving such speeches, he should discharge his responsibility. If he escapes from his responsibility, he will have to face people”s anger,” he said.

The Indian National Lok Dal (INLD) leader said the government should have made preparations in advance to deal with the situation as various reports had said how a few strains, including the UK one, of the coronavirus were in circulation.

“Had it acted on time, we would not have been facing this kind of a situation. It is because of the government”s negligence and wrong policies that people are facing a big problem now,” he said.

Chautala also attacked the Congress, the principal opposition party in the state, accusing it of not playing the role expected of it amid the raging pandemic.

“The Congress is not playing its role and has failed to raise the issues concerning people. Their leaders are sitting inside their homes. They are acting as the ”B” team of the ruling dispensation, which is why the situation in Haryana is bad,” he said.

On the farmers” issue, Chautala said the peasants are facing a lot of problems.

“The lifting of crops at the mandis is poor and the payments to farmers are getting delayed,” he said.