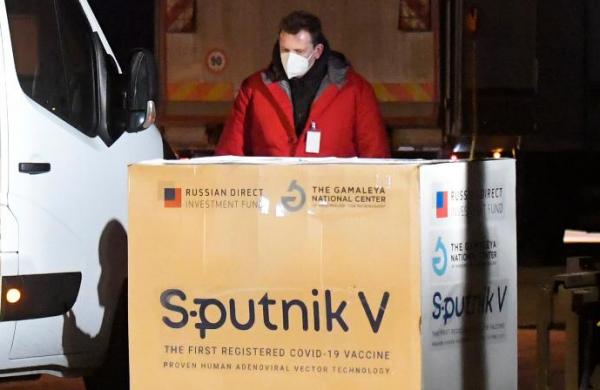 Express News Service
NEW DELHI: The first batch of Sputnik V, the Covid vaccine developed by Russia, is set to arrive in India on May 1, the Russian embassy in the country confirmed to The New Indian Express on Wednesday.

“…According to Mr Kirill Dmitriev, CEO of the RDIF, the first batch of Sputnik V will be delivered to India on May 1, 2021,” said the Russian embassy in response to a query.

“That is what we are proceeding from. Yet, don’t have any details on the number of doses,” it also said and added that the details on the stock of vaccine doses for India will be updated later.

Sputnik V, based on human adenoviral vectors, is one of only three vaccines in the world, along with those by Pfizer and Moderna, with an efficacy of over 90% against SARS CoV 2 infection and was given regulatory approval or restricted use authorisation in India on April 12.

The vaccine has been developed by the Gamaleya National Research Institute of Epidemiology and Microbiology and is supported by Russia’s sovereign wealth fund, RDIF.

The two-dose vaccine, which has to be administered 21 days apart, costs about $10 or Rs 750 per dose in the international market but sources said that talks are on between RDIF, its distribution partner in India, Dr Reddy’s Laboratories, and the Indian government on its pricing in the country.

The Centre has hinted that this vaccine, apart from other foreign vaccines that get available in India in the future, may be available only in private hospitals where people will have to pay directly for them as per the new liberalised Covid vaccination policy under which all adults qualify for Covid vaccines.

Though no official response could be elicited from Dr Reddy’s on the development, its management has earlier said that the initial quantity of Sputnik V that will be supplied in India is set to be limited as they will be imported from Russia.

However, RDIF’s manufacturing partners in India — at least four other companies apart from Dr Reddy’s — will start producing the jabs locally by July, after which the supplies are likely to be scaled up.

The news on Sputnik V comes amid concerns that despite a frightening expansion of the Covid pandemic in India, the vaccination, mainly due to the shortage of Covishield and Covaxin, has not picked up the pace required to arrest the pace of the infectious disease.

Health economist Rijo M John pointed out that daily average jabs continue to decline from 3.7 million per day to 2.5 million over the past 20 days.

“There has been a 31% fall in the daily vaccination rate from its peak,” he said. “The country needs to administer at least 7.5 million jabs per day to fully vaccinate all eligible adult population by the end of this year.”

As per the government figures, 16 crore vaccine doses of the two available vaccines have been supplied to the states so far, while 57,000 more doses are set to be dispatched within the next 3 days but those can be used only for vaccinating those above 45 years of age.