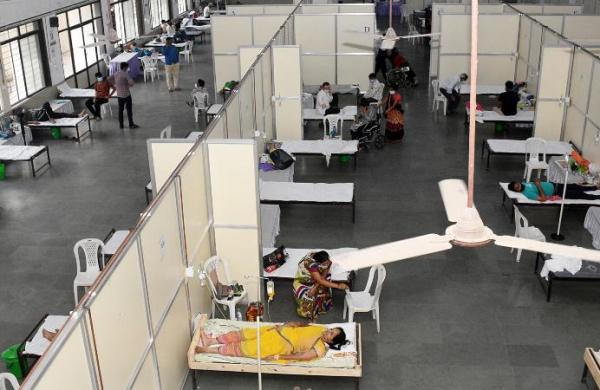 Express News Service
MUMBAI: The Gujarat High Court on Tuesday said that the measures taken by the government to address the Covid-19 spike was not satisfactory as its affidavit painting a rosy picture was at variance with the ground reality.

The observation came during a suo motu hearing on the pitiable state of healthcare infrastructure during the second wave of Covid-19. A bench of justices Vikram Nath and Bhargav D Kaira remarked that it was not happy with the current situation. “Corporation cannot have a policy contrary to the government.

Justice Karia told the Gujarat government that it cannot sit in an ivory tower and decide. “If there is a pressing matter, you file an application at midnight, we will hear it. Why can’t 108 ambulances go to other hospitals? 108 was on a first come first serve basis, we had ordered that critical patients should be attended. A line of 40 ambulances is waiting outside hospitals,” the court said.

The court said that there was a projection for 0.5 million patients. “What are you planning? How are you preparing? In Rajkot, hospitals are saying bring oxygen to get admitted,” the Court said.