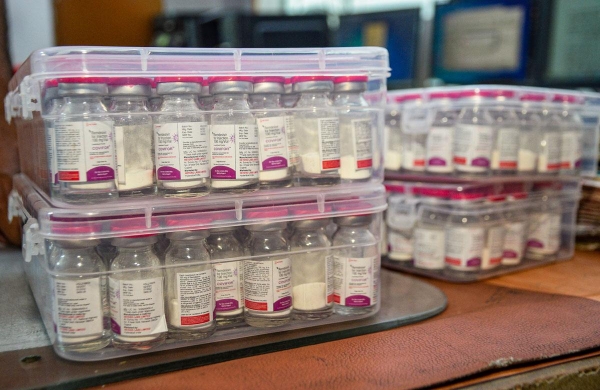 By PTI
AURANGABAD: Forty-eight vials of Remdesivir injection have gone missing from a health facility run by the Aurangabad Municipal Corporation (AMC) in Maharashtra, a senior official said on Wednesday.

Following the incident, the civic body will issue show cause notices to five persons, including one doctor and three pharmacists, the official told reporters.

The incident took place at Meltron Hospital, a dedicated COVID health centre of the AMC.

“Forty-eight vials were found to be missing from a box when it was opened a few days back,” civic health officer Dr Neeta Padalkar said.

The vials had been procured in the beginning of this year, she said.

Three boxes containing 48 vials each were sent to the hospital on April 20.

Out of them two boxes were used earlier and when the third box was opened on April 23, the Remdesivir vials were missing and some other injections were kept inside it, Padalkar said.

“We contacted the supplier company for confirmation, which said that it had packed Redmdesivir injections inside the box,” she said.

According to her, the civic body has carried out preliminary investigation into the incident.

“The AMC will issue show-cause notices to five persons- one doctor, three pharmacists and one assistant. They will be asked to reply within 24 hours. Later, if the commissioner instructs, we will also lodge a complaint,” Padalkar said.