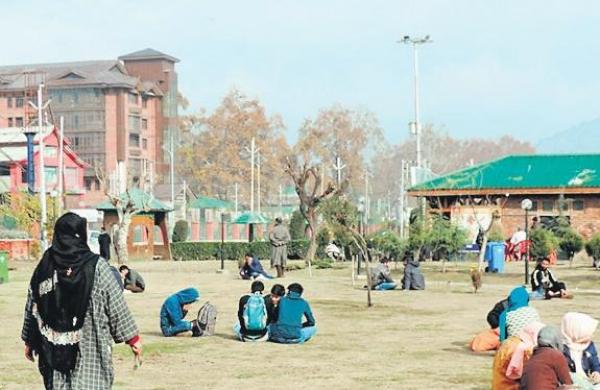 Express News Service
Rs 25,000 TA for Durbar Move employeesAlthough the Lt Governor administration has deferred the half-yearly Durbar Move (shifting of the seat of governance to Srinagar from Jammu), the government has announced a special travel allowance of Rs 25,000 for all Darbar Move employees. The special travel allowance has been sanctioned irrespective of whether the staff move to Srinagar or work from Jammu in view of surge in Covid cases. While deferring the half-yearly Darbar Move to Srinagar on April 15, the government announced that the Civil Secretariat, the seat of governance, shall function both from Srinagar and Jammu.

50% attendance in closed edu institutions mandatoryFaced with resentment from teachers and non-teaching school staff, authorities have restricted attendance to 50 per cent of the available staff in government-run educational institutions, which were closed in view of a surge in Covid-19 cases. An official order in this regard reads that during the closure of educational institutions — including schools, colleges, universities and technical education – in-person attendance of staff shall be restricted to 50 per cent. Earlier, the government had made it mandatory for all teaching and non-teaching staff to attend the educational institutions daily, causing an outcry from the affected parties, who alleged that they were susceptible to contracting Covid-19 as most of them used public transport. They had asked the administration to allow them to take online classes from their homes.

59 Women Help Desks in KashmirAt least 59 Women Help Desks have been set up in police stations across Kashmir to make the facilities more accessible for women. These help desks will be the first and single-point contact for women walking into a police station. The in-charges at these facilities would be women, who have been specially trained to respond to calls made by victims of domestic violence.  It will provide a prompt and a reliable response mechanism to the victims 24×7. The help desks’ creation follows a spike in incidence of domestic violence against women, who can dial 112 for emergency response.

All public parks in J&K closed due to virus surgeIn view of a consistent surge in Covid cases in Jammu and Kashmir, especially in the two capital cities of Srinagar and Jammu, the government has ordered closure of all paid public parks in the Union Territory till further orders. No sooner had the number of cases spiked in the first week of April than doctors, civil society members and traders began urging the government to shut public parks. The UT recorded 2,381 positive cases on Sunday, the highest single-day spike since the pandemic’s outbreak. The government has also increased the duration of night curfew by two hours; it will now span till 6 am from 8 pm.