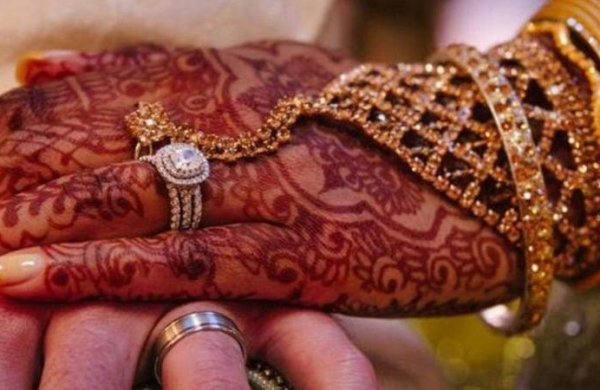 By PTI
RATLAM: While most people spend lakhs on their wedding attire, a couple in Madhya Pradesh’s Ratlam district tied the knot wearing PPE kits after the groom tested positive for coronavirus.

According to the district authorities, the 28-year-old groom may now face action for allegedly violating the government order by stepping out of the containment zone.

A video of the couple taking their ‘saat pheras’ in the protective gear has gone viral on social media at time when the second wave of the COVID-19 pandemic has engulfed the country.

In the purported video, the 25-year-old bride and the groom are seen participating in the ceremony, while a priest, also in the PPE kit, is chanting mantras.

The marriage was solemnised at a function hall in the presence of eight people at Indira Nagar of Ratlam, an official said.

The administration had got information about the wedding of a coronavirus infected person on Monday, Naib Tehsildar Naveen Garg said.

When a team from the administration reached the spot, the family members sought permission pleading that an elderly member of the family, who was unwell, wanted to see the groom getting married, he said.

After a consultation with senior officials, the ceremony was allowed in PPE kits and in compliance with the COVID-19 protocol, the official said.

“After testing positive for coronavirus, the groom should have stayed in the containment zone. By coming out of the area, he has violated the government order,” he said.

A report will be submitted to the senior authorities, who may take action against the groom for violating the containment zone restrictions, Garg said.

According to officials, the man was set to get married on April 26 and he tested positive on April 18.

The family, however, decided to stick to the schedule due to the poor health of an elder in the family.

Ratlam district has imposed restrictions and capped the number of wedding guests to 10 from each side (of groom and bride).