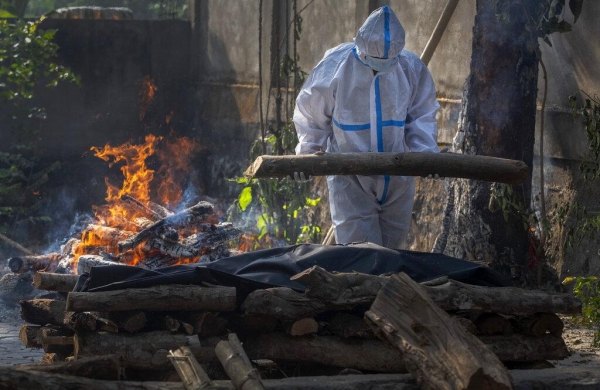 By PTI
GUWAHATI: Assam Health Minister Himanta Biswa Sarma on Tuesday claimed that the state “did not have COVID-19” cases till April 6, the last day of three-phase state assembly poll, but the official data of his department showed that 2,624 persons had tested positive since January and 66 of them had died.

After the Assam government on Tuesday imposed night curfew till May 1 to control the spread of COVID-19, Tamil television anchor and sports commentator Sumanth Raman tagged Sarma on Twitter and criticised him for his earlier statement on wearing masks.

“Same Assam where just weeks ago @himantabiswa said there was no #Covid and so there was no need to wear masks,” Raman tweeted.

Replying to him, the senior BJP leader wrote on the micro blogging site, “That was factually correct sir. Till 6th of April we did not have Covid-19.”

Sarma had claimed in an interview to digital media ‘The Lallantop’ during the first week of April that there was no COVID-19 case in Assam and there was no need for wearing a mask in the state.

He had also asserted that there would be no corona cases even after the assembly election and the state would celebrate its popular Rongali Bihu festival in a big way.

However, a compilation of the daily bulletins of the National Health Mission (NHM), Assam, shows that 2,624 people had tested positive for COVID-19 from January 1 to April 6 and 66 people had lost their lives due to the virus during this period.

The positivity figure translates into an average of more than 27 persons contracting the COVID-19 virus every day in Assam, it said.

In January, 933 persons had tested positive, which came down to 396 in February.

But it went up again to 875 in March when the election campaign was at its peak.

During the first six days of April 420 people had contracted the virus, said the state unit of NHM, which is under the health and family welfare department of Assam.

Till April 6, six persons had succumbed to the virus, it said.

The election to 126 assembly seats in Assam took place in three phases — March 27, April 1 and April 6.

While 92 persons had tested positive on April 6, the number shot up to 195 the very next day as per the figures given out by the department fuelling speculation that either testing was not done properly or the numbers were fudged during the entire election process.