COVID-19: Supreme Court to extend period of limitation for filing appeals by litigants until further orders 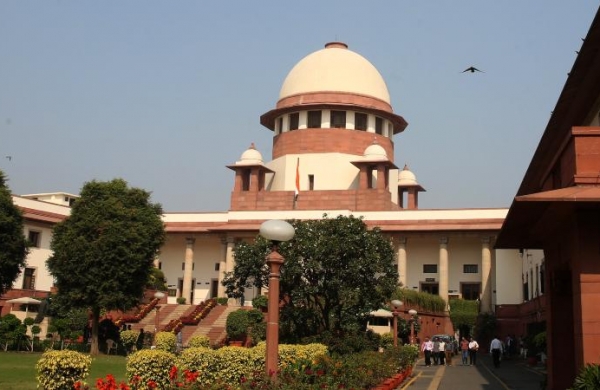 By PTI
NEW DELHI: The Supreme Court on Tuesday said the second wave of COVID-19 has created an ‘alarming situation’ and extended the period of limitation for filing appeals from courts or tribunals by litigants until further orders.

Observing that resurgence of COVID-19 cases has put the litigants in a ‘difficult situation’, the bench extended all periods of limitation ending on March 14, 2021 until further orders.

The top court on March 8 noted that country is “returning to normalcy and decided to end the extension of limitation period which was granted for filing appeals in March, 2020 to litigants due to the COVID-19 pandemic.

However, due to the second wave of coronavirus, the newly appointed Chief Justice N V Ramana today again extended the period of limitation for litigants after the matter was put before it.

The bench asked Attorney General K K Venugopal to submit a note in this regard for passing formal orders.

The apex court also issued notice to all High Courts on the application filed by Supreme Court Advocates on Record Association(SCAORA).

The bench also comprising Justices Surya Kant and A S Bopanna said for the last few weeks there has been an alarming situation across the country due the second wave of COVID-19 putting litigants to hardship.

The apex court had on March 23 last year invoked its plenary power under Article 142 of the Constitution to extend the limitation period of appeals from courts or tribunals on account of the pandemic with effect from March 15, 2020.

The top court had been extending the limitation period by interim orders and finally decided to put an end to this keeping in mind the improved situation in the country and the fact that courts have started functioning.

“Though, we have not seen the end of the pandemic, there is considerable improvement. The lockdown has been lifted and the country is returning to normalcy. Almost all the Courts and Tribunals are functioning either physically or by virtual mode.”

“We are of the opinion that the order has served its purpose and in view of the changing scenario relating to the pandemic, the extension of limitation should come to an end,” the apex court had said in its order.

It had considered suggestions of Attorney General K K Venugopal and issued a slew of directions regarding future course of action on filing of appeals.

“In computing the period of limitation for any suit, appeal, application or proceeding, the period from March 15, 2020 till March 14, 2021 shall stand excluded,” it said.

Consequently, the balance period of limitation remaining as on March 15, 2020, if any, shall become available with effect from March15, this year, it had said.

“In cases where the limitation would have expired during the period between March 15, 2020 till March 14, 2021, notwithstanding the actual balance period of limitation remaining, all persons shall have a limitation period of 90 days from March 15, 2021.

“In the event the actual balance period of limitation remaining, with effect from March 15, 2021, is greater than 90 days, that longer period shall apply,” it had said.

The apex court had said its order would applicable in cases including those under the Arbitration and Conciliation Act, the Commercial Courts Act and the cheque bounce cases under the Negotiable Instruments Act.

Due to the onset of pandemic, the top court had taken a suo motu cognizance of the situation arising from difficulties that might be faced by the litigants across the country in filing cases within the limitation period and had passed the order.

Earlier, Venugopal urged the Supreme Court that litigants be given 90 more days as the limitation period for filing appeals as the earlier order on the issue which was passed due to the COVID-19 pandemic situation has been lifted.

In its March 23 last year order, the apex court had said, “This court has taken suo motu cognizance of the situation arising out of the challenge faced by the country on account of COVID-19 virus and resultant difficulties that may be faced by litigants across the country in filing their petitions/applications/suits/ appeals/all other proceedings within the period of limitation prescribed under the general law of limitation or under Special Laws (both Central and/or State).”

“To obviate such difficulties and to ensure that lawyers/litigants do not have to come physically to file such proceedings in respective courts/tribunals across the country including this court, it is hereby ordered that a period of limitation in all such proceedings, irrespective of the limitation prescribed under the general law or special laws whether condonable or not shall stand extended w.e.f. March 15, 2020 till further order/s to be passed by this court in present proceedings,” it had said.