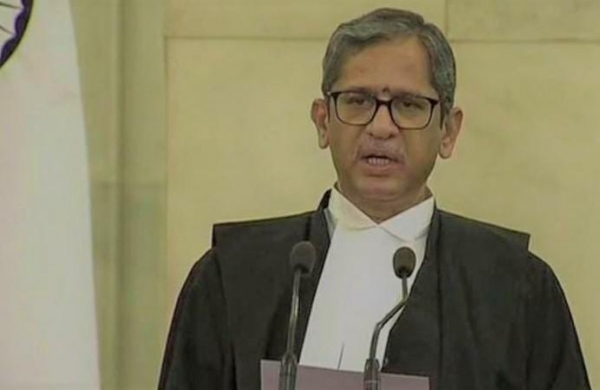 By PTI
NEW DELHI: Twitter India Monday swung into action on complaint of Supreme Court’s Registry and suspended a Twitter account impersonating 48th Chief Justice of India (CJI) N V Ramana who is not on any social media platforms.

Sources, privy to the development, told PTI that the Supreme Court Registry detected the fake Twitter handle with the name @NVRamanma with the name and designation of the CJI in the profile.

Taking note of the complaint of the apex court’s registry, the social media giant suspended the account during the day, they said.

“Since CJI N V Ramana is not on any social media platforms, Registry has asked Delhi Police to investigate the same, ” one of the sources said.

Hailing from an agriculturist family of Ponnavaram village of Andhra Pradesh’s Krishna district, Justice N V Ramana was sworn in as 48th CJI by President Ram Nath Kovind on Saturday.