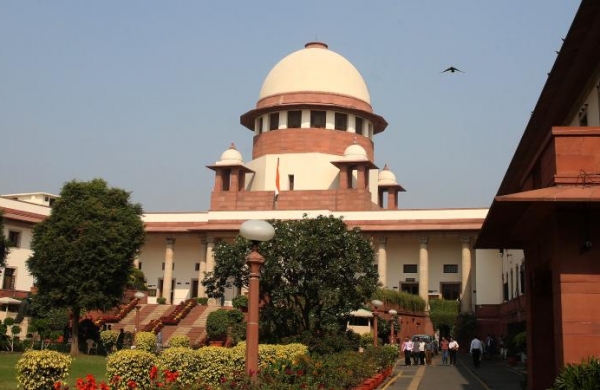 By PTI
NEW DELHI: Chief Justice N V Ramana Monday took note of representations of Bar bodies seeking advancement of summer vacation in view of sudden surge in COVID-19 cases and decided to put them before the full bench for consideration.

Earlier in the day, Supreme Court Bar Association (SCBA) led by president and senior advocate Vikas Singh and the Supreme Court Advocates on Record Association (SCAORA), said it has been decided that instead of May 14, the summer vacation in apex court will now commence from May 8 and would end on June 27.

Later, sources, privy to the development, clarified that the CJI held preliminary discussions with bar leaders of SCBA, Bar Council of India (BCI) and the SCAORA , and “decided to place the issue before the full court which alone is competent to decide on the vacation”.

“The CJI also held preliminary discussions with senior judges”on the matter and decided to place it before the full court for consideration”, they said.

Justice Ramana has “positively responded” to the suggestions and representations of Bar bodies that the new chamber building of the Supreme Court be considered for opening as the COVID care centre and has sought some “more details,” sources said.

Singh said the SCBA’s executive council has “approached the Delhi government to inspect the place and submit a feasibility report. Tehsildar Chanakyapuri is already briefed to make arrangements for inspection of the building.”

SCAORA secretary Joseph Aristotle said that CJI has principally agreed to provide a suitable area for establishing medical facilities for at least 60 beds and other facilities like RT-PCR test and vaccination.

The SCBA and SCAORA have both requested the Chief Justice to advance the summer vacation in the wake of the rampaging second wave of coronavirus pandemic.

SCAORA’s executive council member Sachin Sharma said that the bar body has written to the Chief Justice of India seeking advancement of summer vacation in view of surge in COVID-19 cases.

In a letter to the newly appointed CJI, SCBA’s Vikas Singh also suggested that additional buildings on the court premises can be put to use for augmenting Delhi’s already healthcare facilities.

The bar body urged the CJI to urgently approve temporary conversion of the Advocates’ Chamber Block in the additional Supreme Court Complex for use as a Covid-care centre or field hospital.

The SCBA had suggested that the summer vacation can be curtailed by one week so as to limit it to six weeks instead of seven, considering the huge pendency created due to the pandemic.

The Bar body said that in such difficult and unprecedented times, the SCBA has taken the initiative to provide as much aid and support as it can to its members and their families.

However, the lack of medical infrastructure in and around Delhi has hampered the admission of its members and their families in hospitals in this hour of need, the SCBA said.