Bengal election: BJP polling agent alleges he was forcefully pushed out of booth by TMC members 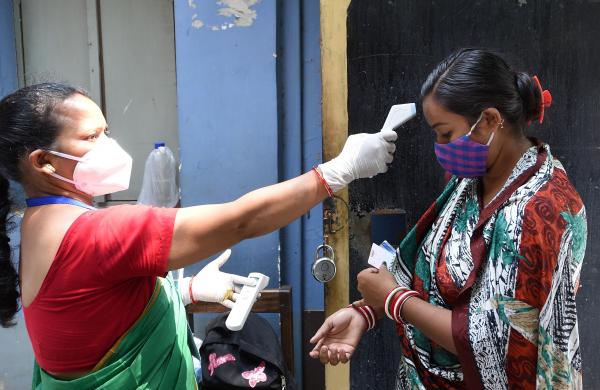 By ANI
KOLKATA: As polling for the seventh phase of West Bengal Assembly elections was underway on Monday, a Bharatiya Janata Party (BJP) polling agent alleged that he was forcefully pushed out of a booth by members of the ruling Trinamool Congress (TMC).

BJP polling agent Sankar Sakar alleged that he was forcefully pushed out of the booth by TMC members and made to leave the spot in Bakhra village of Ratua, Malda.

“I am an agent at booth number 91. Members of TMC, who are residents of the village, told me that they won’t let me there as I’m not a voter there. They forcefully pushed me out. I was threatened by them,” said Sankar Sakar.

Meanwhile, a TMC member denied the allegation and said that as he was not a voter here, he was asked to leave respectfully.

Voting is currently underway in 34 constituencies across five districts of the state. A total of 268 candidates, including 37 women, are in the fray in this phase of the elections.