Assam: Shops to be shut by 6 pm; face mask mandatory for single person in car 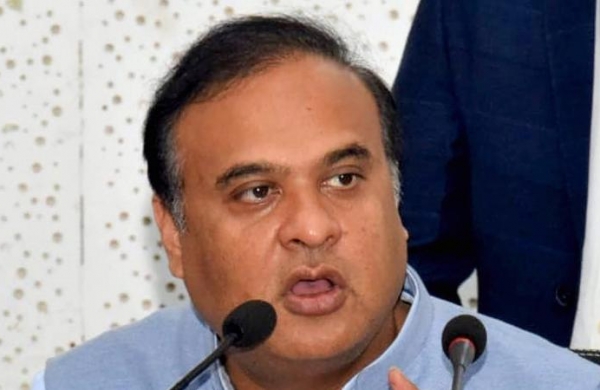 By PTI
GUWAHATI: In an attempt to curb the spiralling COVID-19 cases, the Assam government on Monday ordered to shut all markets and shops by 6 pm across the state, and made wearing of face mask mandatory even for a single person driving a vehicle.

In an order, to be effective till May 1, the Assam State Disaster Management Authority said that the earlier notification with a set of restrictions issued on April 20 for all districts having 100 or more active COVID-19 cases has been expanded to cover the entire state with immediate effect.

The state government has already made wearing of face masks mandatory in public places.

The order has allowed all persons with disabilities working in government or private organisations not to attend duties.

Meanwhile, Health and Education Minister Himanta Biswa Sarma asked the authorities concerned to shut all educational institutions in Guwahati for 15 days after the state capital reported more than 1,000 COVID-19 cases on Monday.

“With cases in Kamrup Metro exceeding 1000, I’ve advised the DC to shut down all educational institutions including hostels for 15 days for now.

All other districts, where the numbers reach a threshold that require such measures, shall follow suit,” he said in a tweet.

The city of Guwahati is in Kamrup Metropolitan district.

Education Department Commissioner and Secretary Preetom Saikia in a notification asked all district authorities to close down schools up to Class 8 level till May 8 if the active cases cross 100 on a particular day.

On April 20, the government ordered that all markets, malls, weekly bazaars and standalone shops other than pharmacies would have to shut by 6 pm.

“Except officers, only 50 per cent employees can work from office. Pregnant women employees and women with children of 5 years or below irrespective of their grade shall be allowed to work from home,” the order had said.

However, this will not be applicable to organisations rendering essential and emergency services, law enforcement services and election works.

The order had also said that gatherings at open spaces have been capped at 50 per cent or 400 persons, whichever is lower, while it will be 50 per cent in closed venues.

“Number of guests in private functions at private venues, including marriages, to be restricted to 100 persons. Funeral/last rites related gatherings should ensure not more than 20 persons for each deceased,” it had added.

Religious places have been allowed to operate with 20 persons per hour, except the “iconic” places where it can be 50 persons an hour, the guidelines had stated.

In case of educational institutes, not more than 50 per cent of students should attend in person on any day and the schools should stagger class timing so that large gathering of students do not take place.

Regarding transportation, all public commercial busses have been allowed to ply with 50 per cent capacity and no passenger will be allowed to travel standing inside a vehicle.

All other activities, shops, industrial units and tea gardens have been allowed to operate subject to adherence to COVID-19 “appropriate behaviour”.

“Any person not wearing face mask and/or spitting in public places shall be fined to the tune of Rs 1,000,” the order had said, adding violations of the guidelines will attract actions under Section 51 to 60 of the Disaster Management Act, 2005, Section 188 of the IPC and other provisions.

Sections 51-60 of the Act state that violation of restrictive measures will attract imprisonment for a term which may extend up to a year or a fine or both.

As per Section 188 of the IPC, anyone disobeying an order duly promulgated by a public servant will be punished with simple imprisonment for a term which may extend to one month or with fine, or both.

The state currently has a surplus of over 40 MT of oxygen even with the rise in the number of COVID-19 positive cases, and it is unlikely that there will be any shortage for the next ten days, Minister for Health and Family Welfare Himanta Biswa Sarma said on Monday.

The daily oxygen production capacity of the state has increased to 61 MT tonnes as against consumption of 20 MT per day, the minister said at a press conference here.

The state is at present receiving 50 MT of the life- saving gas per day from two sources–Meghalaya and Premier Oxygen, an oxygen manufacturing unit.

Besides the two sources, there are eight small oxygen plants in medical colleges of the state, he said.

A memorandum of understanding will be signed with two more sources at Dimapur and Bongaigaon on Tuesday for an additional supply of three metric tonnes of oxygen from each, he said.

An oxygen plant in Bhutan’s Samdrupjhonkar will supply 50 MT of the gas and there are plans to revive another plant at Digboi which was lying defunct for the last ten years, Sarma said.

The state has also expanded its oxygen storage capacity to 468 MT and 30 tankers for transportation.

“There are very few states that can match this capacity and I want to assure the people of the state that we are comfortable with the available oxygen supply for the next ten days,” the minister added.

Referring to the availability of Remdevisir, an anti- viral drug for treating COVID-19, in the state, Sarma said that its stock has increased to 25,000 doses with the arrival of 12,000 more vials on Monday.

“We have decided to open an Emergency store at Gauhati Medical College Hospital (GMCH) with 1,000 vials to be given to people from the state, residing in other parts of the country, who are unable to procure it there,” he said.

The store will also keep 2,500 doses for private nursing homes which will be made available to patients at the procurement price plus GST which comes to around Rs 1,568, the minister said.

There will be 22,000 doses available for patients in the medical college hospitals which “will hopefully last till April 30”, Sarma said.

“We will continue to make arrangements for further supply of Remdevisir,” he added.

“In the last ten days, 200 more ICU beds have been added and efforts are on to increase the number of ICU beds in hospitals,” Sarma said.

“We are in a comfortable position regarding beds in COVID-19 hospitals and ICU facilities, medicines, and oxygen availability for the next ten days.

“The number of COVID-19 positive cases in the state has increased in the last ten days but we are also ramping up the health infrastructure to deal with it,” the minister said.