‘Never allowed BJP to buy or give away Remdesivir’: Maharashtra minister counter Fadnavis 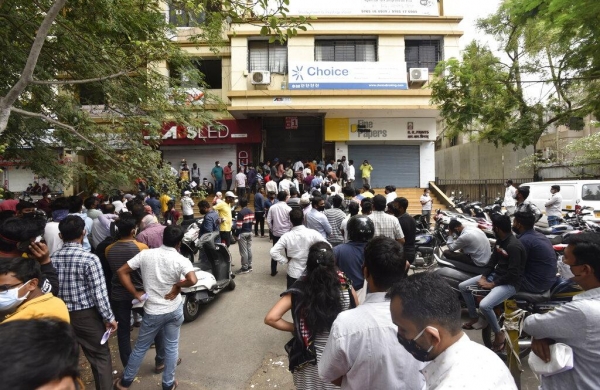 By PTI
MUMBAI: Amid a political slugfest over Remdesivir, Maharashtra FDA Minister Rajendra Shingne has denied claims of the BJP that he had allowed the saffron party or any individual to purchase or distribute the injections, which are in high demand for the treatment of COVID-19 patients.

Shingne alleged the BJP was spreading wrong information even as he acknowledged that some leaders of the saffron party had approached him earlier on Remdesivir.

“No organisation or political party has the permission to purchase or distribute Remdesivir in the name of helping COVID-19 patients. The party (BJP) is spreading unnecessarily wrong information in various forms of media,” the Foods and Drug Administration (FDA) minister told reporters on Tuesday night.

However, the questioning took a political turn when senior BJP leaders, including former chief minister Devendra Fadnavis and Pravin Darekar, rushed to the police station and questioned the police’s move to grill Dokania.

Fadnavis had admitted that BJP leaders had contacted Bruck Pharma to supply the stock to Maharashtra as the state is facing a shortage of Remdesivir vials.

“We even informed the state FDA minister (Shingne) about it and approached the Union government seeking necessary permissions. Some Maharashtra BJP leaders went to Daman recently to meet Bruck Pharma officials, requesting them to sell their exportable stock in Maharashtra,” he had said.

Against this backdrop, Shingne said, “It is true that BJP leaders had approached me but I had not given any permission to the party or any individual to purchase or distribute Remdesivir injections”.

The NCP, which is one of the constituents in the Shiv Sena-led MVA government, had on Sunday accused the BJP of trying to ensure that Maharashtra does not get Remdesivir stock, and wondered why state BJP leaders got scared when Mumbai police questioned Dokania.