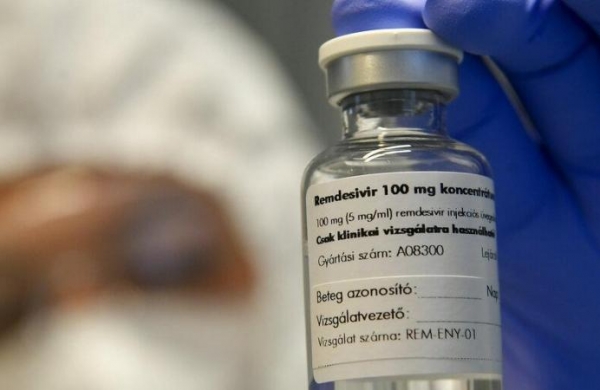 Express News Service
MUMBAI: Maharashtra Home Minister Dilip Walse Patil has threatened action against Leader of Opposition Devendra Fadnavis for interference in the work of the police, who were questioning the director and owner of Bruck Pharma on alleged hoarding of Covid-19 drug Remdesivir. Fadnavis said he didn’t do any wrong and was ready to face a probe.

Police were interrogating the official of the pharmaceutical company after around 60,000 vials of the Covid-19 drug were found in their possession.

It was learnt that this stock was to be exported, but could not be shipped after the Central government banned export of the drug.

Walse Patil said policemen were questioning the Bruck Pharma director when Fadnavis and other BJP leaders went to the police station.

“The BJP leaders wanted to rescue the Bruck Pharma owner and director and tried to pressurise the police and interfere in government work. We will consult the people concerned, our colleagues and action will be initiated against Fadnavis,” said Walse Patil.Fadnavis said he was clean.

“I wanted Remdesivir for Maharashtra. I wanted to buy a large quantity and give it to the state government to supply to various hospitals. I am ready to face any probe,” the former chief minister said.

NCP minister Nawab Malik said Fadnavis as an individual or BJP as a party has no right to buy this amount of Remdesivir.

“This is nothing but hoarding which is illegal as per law in a pandemic situation. Common people are struggling to get one, but Devendra Fadnavis wants to stock 50,000 to 60,000 vials. There is something fishy that the police will find out.”

In response, state BJP president Chandrakant Patil said Malik has lost his balance and is making wild allegations. He met Maharashtra governor Bhagat Singh Koshyari and demanded the suspension of Malik from the MVA government.

Meanwhile, the Nagpur bench of the Bombay High Court on Monday said the distribution of Remdesivir injections has to be on the basis of need and asked the Centre and the Maharashtra government what parameters are followed while allocating the drug to different states and districts.

A division bench of Justices Sunil Shukre and S M Modak said if Maharashtra was contributing to 40 per cent of the COVID-19 cases in India, then the allocation of Remdesivir injections to the state should also be in the same percentage.

Remdesivir is listed for use in serious COVID-19 patients.

In view of a sudden spike in demand of the drug due to the surge in COVID-19 cases, the Centre last week banned its export till the situation improves.

“If contribution towards COVID-19 cases is 40 per cent from Maharashtra, then it is only right to say that 40 per cent of Remdesivir injections are allotted to this state. The allocation has to be need-based and not on any other factors that are not relevant,” Justice Shukre said.

The court directed the Union and the state governments to file their affidavits by April 21, pointing out the parameters followed for the regulation and distribution of Remdesivir vials.

The court was hearing a bunch of petitions on the issue of the COVID-19 pandemic, lack of facilities in hospitals and the hurdles being faced by the public.

The court also pulled up the Maharashtra government for “disparity and arbitrariness” while allotting vials of Remdesivir to different districts in the state.

Advocate Tushar Mandlekar, appearing for a petitioner, informed the HC that the allocation of Remdesivir vials to Nagpur was less than what was allocated to Thane.

“There appears to be a disparity and some arbitrariness in the distribution of Remdesivir vials to Nagpur district. The vials are not being released in proportion to the requirement,” the court said.

The bench further said it did not understand the logic behind allotting over 5,000 vials of Remdesivir for around 2,000 beds in Thane, but allotting only about 3,000 vials of the drug for over 8,000 COVID-19 beds in Nagpur.

It noted that on April 13 and April 18, not a single vial of Remdesivir was allotted to Nagpur and on April 17, only 500 vials were allotted.

“This has severely affected the administration of health care to COVID-19 patients in Nagpur. The possibility of mortality because of lack of Remdesivir cannot be ruled out. It is the solemn duty of the state government to save and preserve each precious life,” the court said.

The bench said the issue needs to be resolved on a “war-footing”, and directed the Maharashtra government to immediately release 10,000 vials of Remdesivir by Monday night to Nagpur district.

“The COVID-19 scenario in Nagpur has turned to its worst. So much so that there are no beds available, no life saving measures available, lack of oxygen and also the dearth of medical and para-medical staff,” it said.

“The spike in COVID-19 cases in Nagpur is steep and the situation was not so bad even in the first phase of the pandemic last year,” the court observed.

Taking note of several COVID-19 patients waiting outside hospitals in Nagpur for admission, the HC directed the district collector and the Nagpur Municipal Corporation’s commissioner to set up temporary pandals outside those hospitals with drinking water facilities for such patients.

Goa Chief Minister Pramod Sawant on Monday appealed to his Maharashtra counterpart Uddhav Thackeray to withdraw the order declaring five states, including Goa, and Delhi as places of “sensitive origin” in view of the surge in COVID-19 cases.

The Maharashtra government on Sunday declared Kerala, Goa, Gujarat, Delhi and the National Capital Region (NCR), Rajasthan and Uttarakhand as places of “sensitive origin” in a bid to “stop the influx of other COVID-19 virus variants into Maharashtra from other locations”.

As per the order, passengers travelling to Maharashtra from these places will need a negative RT-PCR report of the test conducted within 48 hours of their train travel.

“#COVID19 is a global pandemic. Let us put up a combined fight against this pandemic under the leadership of PM @narendramodi ji. I urge @CMOMaharashtra not to single out states as ‘Places of Sensitive Origin’ and withdraw the said order in the public interest,” Sawant tweeted.