Rahul’s decision to keep off Bengal campaign over COVID an alibi, he has sensed defeat: Union Minister 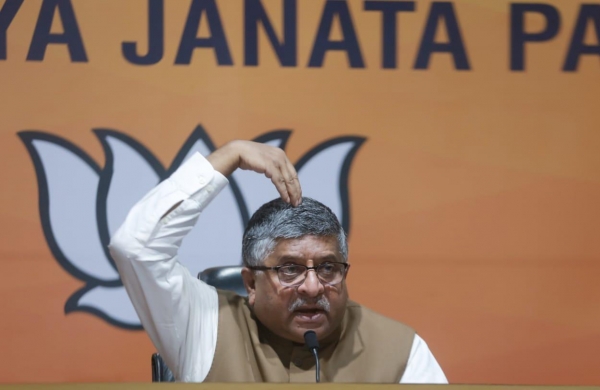 The Union law and IT minister also attacked the Mamata Banerjee government, calling it an emodiment of “misrule, corruption and (Muslim) appeasement”.

“It’s an alibi as the captain found his ship sinking,” Prasad told a press conference while referring to Gandhi’s decision to stay away from electioneering in West Bengal due to the second wave of the COVID-19.

As concerns mounted over massive election rallies turning out to be superspreader events contributing to the COVID-19 surge, Prasad said the Centre was doing everything to tackle the contagion.

“The TMC is saying a lot of things about COVID management. Did Mamata ji attend the meetings of all the chief ministers with the prime minister on COVID? The answer is no,” he said.

“Elections are a constitutional obligation undertaken by the EC. We will follow all the guidelines given by the EC. In Bihar, too, elections were ahead amid COVID. The only authority to decide on the process of elections is the Election Commission,” he said.

He also asserted there was no discrimination by the Centre in catering to the needs of the states in combating COVID-19.

Delhi Chief Minister Arvind Kejriwal had alleged recently that oxygen quota meant for the national capital was diverted to other states.

He also attacked Banerjee over alleged corruption in the state.

“The Mamata Banerjee government in West Bengal is an embodiment of misrule, corruption and appeasement,” he alleged.

“Mamata ji is getting more desperate with each passing day. Since the day the Model Code of Conduct came into force, no CM has asked for gherao of central forces. The security forces represent the authority of the EC to ensure free and fair polls. The instigation against the central forces shows her utter desperation,” he said.

He claimed the TMC government had a dismal track record in ensuring gender justice and women’s empowerment.

“Governance and development are not the focus of the Mamata Banerjee government. Even on the issues of gender justice, they have a dismal record. We had sanctioned 123 fast track courts for West Bengal, but the state government is yet to give sanction. This only reflects the mindset of the TMC government,” he said.

PTI PNT He said the BJP wants to make West Bengal a hub of Information Technology and strengthen the startup movement, and added the party proposed to set up call centres in every sub-division if voted to power.