Thanks for sparing time for Covid amidst urgent war to conquer Bengal: Chidambaram’s dig at Modi 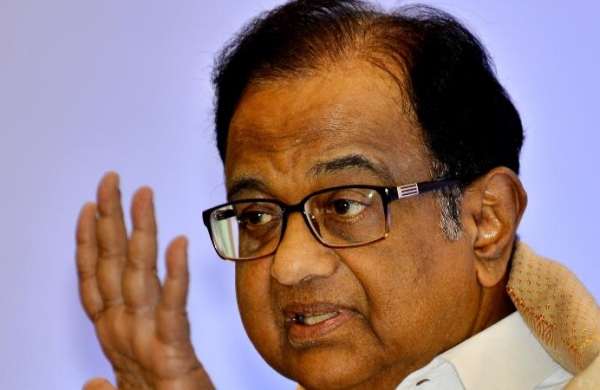 By PTI
NEW DELHI: Senior Congress leader P Chidambaram on Sunday took a swipe at Prime Minister Narendra Modi, thanking him for sparing “a little time” amidst the “urgent war to conquer West Bengal”, to review the coronavirus situation in the country.

“Thank you Prime Minister for sparing a little time for Covid amidst the urgent war to conquer WEST BENGAL and annexe it to the BJP’s empire,” Chidambaram said on Twitter.

His remarks came after Modi chaired a COVID-19 review meeting with government officials on Saturday, amid a big surge in infection cases in the country, with over 2 lakh cases being reported everyday for the past four days.

Referring to the PM’s remarks on West Bengal Chief Minister Mamata Bannerjee, the Congress leader asked, “Is this the manner in which a prime minister should refer to a chief minister?” “I cannot imagine a Jawaharlal Nehru or a Morarji Desai or a Vajpayee speaking that language,” he said.

In another tweet, Chidambaram said while “no vaccine” boards hang on the doors of most hospitals, Union Health Minister Harsh Vardhan claims that “there is no shortage in the supply of vaccines”.

“Believe the minister, there is no shortage of vaccines, oxygen, Remdesivir, hospital beds, doctors and nurses.

There is only a shortage of patients!,” he said, taking a dig at the health minister.

The former Union minister alleged the central government which assumed all powers and authority, failed to ensure adequate production and supply of COVID-19 vaccines.

“Central government is solely responsible for the catastrophe faced by the nation,” he said after the prime minister’s review meeting on Saturday.

The spread of the infection can only be contained with massive vaccination, he noted.

Tragically, vaccines are in short supply and states have run out – or are running out – of vaccines, Chidambaram claimed.