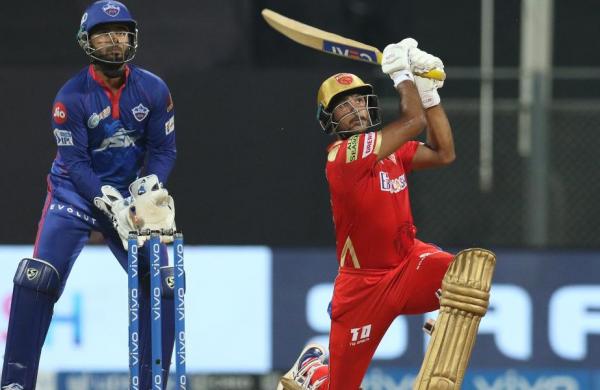 By PTI
MUMBAI: Mayank Agarwal and captain KL Rahul stitched a century-run opening stand to guide Punjab Kings to a challenging 195 for four against Delhi Capitals in the IPL here on Sunday. Agarwal made 69 off 36 balls, while Rahul scored 61 off 51 deliveries as Punjab made a flying start to their innings.

Delhi Capitals skipper Rishabh Pant’s decision to bowl after winning the toss backfired as the opening duo of Agarwal and Rahul took the attack to the opposition bowlers from the onset, hitting boundaries and sixes at will.

While Agarwal was the aggressor of the two initially, Rahul upped the ante after a relatively sedate start. Agarwal and Rahul adopted an aggressive approach against debutant Lukeman Meriwala and Kagiso Rabada, taking their team to 94 for no loss in 10 overs.

Agarwal was looking dangerous during his 36-ball knock and ended up hitting seven boundaries and four hits over the fence. But DC dismissed both the batsmen in quick succession to make a comeback into the match.

While Agarwal was the first to depart, slicing a Meriwala delivery straight to Shikhar Dhawan at sweeper cover in the 13th over, Rahul handed a simple catch to Marcus Stonis at midwicket off Rabada. Rahul’s knock was laced with seven boundaries and two sixes.

Big-hitting Chris Gayle (11) failed to make a mark, perishing soon in search of a maximum. Nicholas Pooran (9) failed yet again but Deepak Hooda (22 not out off 13) and Shahrukh Khan (15 not out off five) provided the much needed big hits towards the end.

This will be an interesting time when David Warner will write a book, Stuart Broad says after the latest “Sandpapergate” revelations. Cricket news