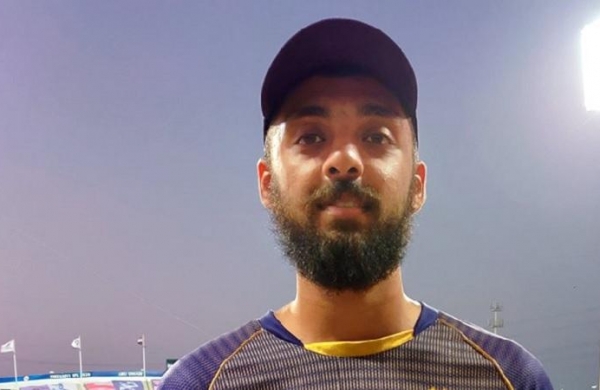 By ANI
CHENNAI: Harbhajan Singh might still be playing for Kolkata Knight Riders (KKR) in the Indian Premier League, but that doesn’t stop him from mentoring the young spinners in the franchise.

KKR on Saturday shared a picture in which the senior off-spinner was seen giving valuable tips to leg-spinner Varun Chakravarthy. The right-handed leg spinner had bagged 17 wickets in last year’s IPL and was a key cog in KKR’s bowling wheel.

“Not many better teachers of the craft than @harbhajan_singh,” KKR tweeted.

Earlier this week, Harbhajan said that there is nothing wrong with Kuldeep Yadav’s bowling and he felt the left-arm spin bowler would regain his form.

Kuldeep hasn’t been at his best form off late and Harbhajan reckons that the spinner will come good both for KKR and Team India.

“When he entered the Indian team, no one taught him how to bowl. Whatever he did was his own merit reflecting in his bowling. The merit is still there and he has only gotten better with time,” Harbhajan told kkr.in.

“There are times when you bowl good spells and yet you don’t get wickets. It happened with all the renowned bowlers. I don’t see anything wrong with Kuldeep. He has been a match-winner and I know he is going to come good for KKR and also Team India soon,” he added.

In their second match of ongoing IPL, Mumbai Indians defeated KKR by 10 runs thanks to a spirited bowling performance from the Rohit Sharma-led side. Russell’s five-wicket haul saw Mumbai Indians bundled out for 152 after batsman Suryakumar Yadav’s (56) quickfire knock. In response, KKR was restricted to 142/7.

KKR will next lock horns with Royal Challengers Bangalore (RCB) at the MA Chidambaram Stadium in Chennai on Sunday.