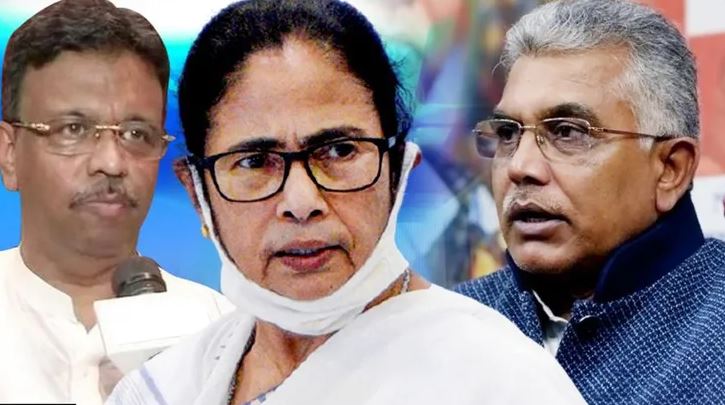 The elections in West Bengal continue to become murkier by the day with controversial remarks made by the political leaders from the ruling TMC and the BJP which is keen on snatching power off the hands of the ruling dispensation. Following Dilip Ghosh’s statement on the Cooch Behar firing incident, the TMC on Sunday demanded a ban on the BJP Chief’s political campaign in the state for the ongoing West Bengal elections.

In a complaint lodged with the Election Commission (EC), the ruling TMC has said that Ghosh justified such “murder” and threatened Bengal and its people of more such “murders” in the following words: “ar jodi barabakri kore Sitalkuchi dekheche ki hoche, jaegae jaegae Sitalkuchi hobe (people have seen what happened at Sitalkuchi, if anyone steps its boundary, the incident of Sitalkuchi will be repeated again and again).