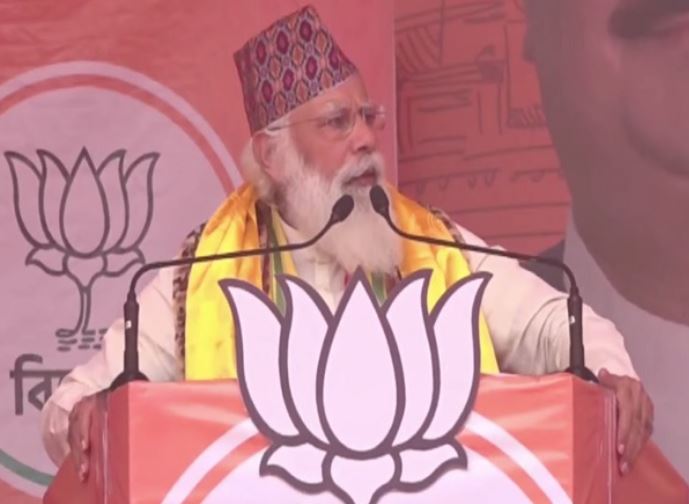 In the fourth round of voting in West Bengal today, Prime Minister Narendra Modi is addressing a public meeting in Siliguri. During this, PM Modi lashed out at Mamta Banerjee, referring to the violence in Cooch Behar. He said that what has happened in Cooch Behar meanwhile, is very sad. I grieve over the deaths of those who have died. My condolences to his family. Seeing public support in favor of BJP, the fury of Didi and her goons is becoming uncontrollable. PM Modi further said that upon seeing his chair go, Didi has come down to this level. Didi and TMC will not be allowed to run in Bengal. My request to the Election Commission is that the culprits of what happened in Cooch Behar should be dealt with the harshest.