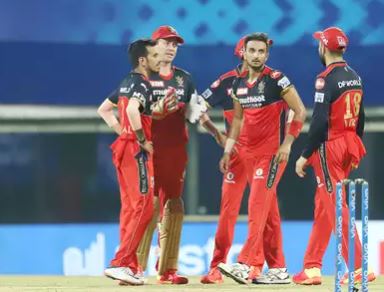 If a five-wicket haul was the cake Harshal Patel ordered for Royal Challengers Bangalore (RCB) on a very humid Friday evening in Chennai, the young man capped it with a cherry by hitting the winning runs to help his side chase 159-9 set by the Mumbai Indians in the first innings.

The inaugural game of the Indian Premier League’s (IPL) 14th edition began on that very frenetic note it’s become popular for, going all the way to the wire and concluding on the final ball. The defending champions eventually lost by two wickets.
It was a two-paced wicket that awaited both teams at the MA Chidambaram Stadium. Much in contrast to the curator’s forecast, where he had talked of having used black soil instead of red that would not give spinners the traditional support, MI struggled against quality mediumpace – especially Harshal Patel’s fivewicket haul and Mohammed Siraj’s wicketless but economical spell – before limping to 159-9 in 20 overs.

Redmi Note 10 Pro 5G might be in the works