US keen on India-Pakistan dialogue on issues of concern 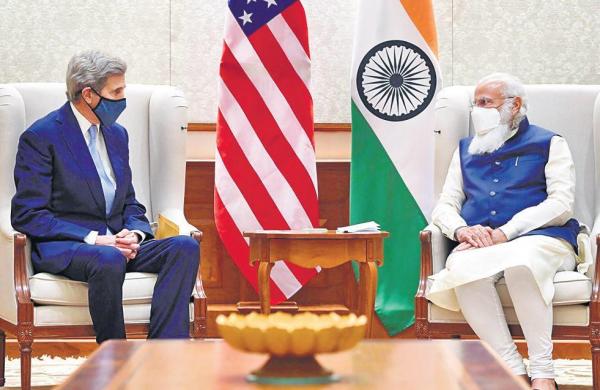 By Express News Service
NEW DELHI:  The US has said that it continues to encourage direct dialogue between India and Pakistan on issues of concern. The State Department, however, refused to comment directly on the Pakistan Cabinet’s decision not to import sugar and cotton from India.

“I wouldn’t want to comment on that specifically. What I would say is that we continue to support direct dialogue between India and Pakistan on issues of concern,” State Department spokesperson Ned Price said during his news conference.

The issue arose after the Pakistan Cabinet on April 1 rejected the Economic Coordination Committee’s suggestion that sugar and cotton must be imported from India.

Pakistan Foreign Minister Shah Mehmood Qureshi said that ties with India cannot be normalised until the Kashmir issue was resolved.

The Economic Coordination Committee’s decision came after the two nations had decided to strictly enforce the 2003 ceasefire and statements, perceived to be a soft attitude towards India, emerged from the top leadership in Islamabad.

Pakistan Army Chief General Qamar Bajwa had urged the Indian side to bury the past and move ahead saying that the Pakistan army was ready to hold dialogues to resolve outstanding issues, even the matter of Kashmir.

Both Prime Ministers had written to each other, stressing on the fact that an atmosphere of trust needs to be created to engage in dialogue.