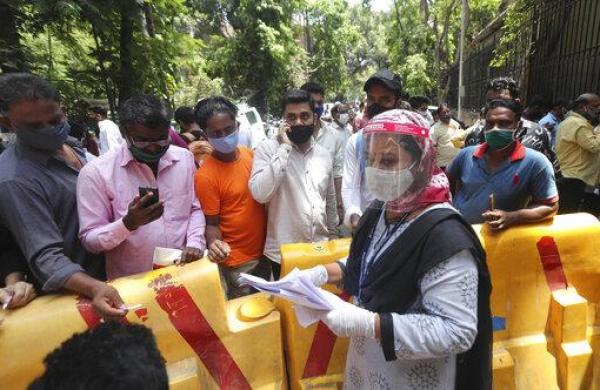 By PTI
PUNE: An apex body of traders in Pune on Tuesday opposed the Maharashtra government’s directive to shut shops selling non-essential commodities and services till April 30, amid rise in COVID-19 cases.

The Federation of Trade Association Pune (FTAP) said it will write to the Prime Minister, chief minister and other authorities to register its protest against the decision.

The decision will severely affect small traders, he said.

Meanwhile, the members of the United Hospitality Association, a body that represents hotels, restaurants and bars, staged a protest outside the Pune Collectorate Office.

ALSO READ: What services will remain open and what will be closed?

“We staged a silent protest outside the Collector’s office, asking the government to roll back the decision of the lockdown,” president of the association Sandeep Narang said.

Instead of imposing a lockdown and asking traders and hoteliers to sit at home, the government should ensure that the healthcare facility is strengthened and patients can get beds, he said.

“As per the new guidelines of the Pune Municipal Corporation, home delivery is allowed till 6 pm. I want to ask the government, who orders food before 6 pm,” he said.

Darsshan Ravalh, secretary of the association, said they were already following the 50 per cent seating capacity norm, so closing down the business was not a solution.

“Home deliveries should be allowed from 11 am to 11 pm. There is no harm in continuing the delivery services as a contactless system is being adopted,” he said.