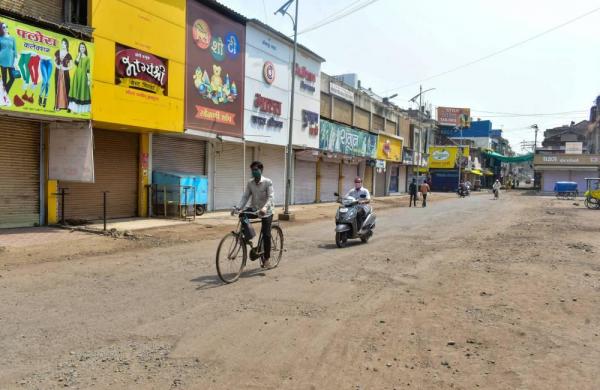 Express News Service
NEW DELHI: The Covid pandemic has exposed the gaps in the implementation of direct benefit transfer (DBT) and public distribution system (PDS) infrastructure in India, according to a report.

There is an immediate need for a people-centric approach when it comes to the implementation of these schemes, the report pointed out.

The report — Delivery of Social Protection Entitlements in India: Unpacking Exclusion, Grievance Redress, and the Relevance of Citizen-Assistance Mechanisms — was collated by Dvara Research, Gram Vaani, researchers from IIT Delhi, the University of Montreal, and the Tika Vaani project. The project was funded by the Azim Premji University.

The research methodology included analysis of 1017 voice recordings of citizens speaking about their grievances and deep-dive interviews of over 10 people selected through critical-case sampling from among the total sample size.

The highest incidence of exclusion in schemes was due to the way they were processed, the analysis showed. Schemes should be made more citizen-centric so that people can access them, the report said.

When it came to DBT schemes, around 55 per cent of the total DBT-related complaints from March to June faced issues due to Aadhaar linkage, spelling error, blocked accounts which led to unsuccessful crediting of beneficiary accounts, the report said. In the context of MGNREGA, 66 per cent of the complaints to either problem with work allocation or wage payment processing, the analysis showed.

“Around 77 per cent of all complaints pertained to people who had received no work. “The scale of the issue has underscored that the efficacy of the scheme is seriously compromised, even while there is substantial demand,” the report said. A significant number of people reported they were not paid their wages in full.

“There is a need to systematically document citizen grievances and the actions taken to address them to help local officials along the welfare delivery chain be better prepared in solving issues for beneficiaries. We believe that the succinct typology of all the exclusionary factors, as detailed in the report, will help policymakers and other researchers at large to better understand citizens’ perspectives,” said Aarushi Gupta, research associate at Dvara Research.

The analysis of PDS complaints highlighted that many citizens who needed government support were excluded from in-kind transfers under Pradhan Mantri Garib Kalyan Yojana either because they did not have a ration card, given the relief package’s eligibility criteria. The report also observed there was discretionary denialand quantity fraud by fair price shop officers, where people were denied their ration or sent away empty-handed or with less ration than the entitled quota with no documented reasons for the shortfall.

Most of the EPF complaints pertained to problems people faced in withdrawing their PF contributions due to incomplete employee records or inconsistencies in the spelling of names, date of birth, dates of employment, etc. Lack of cooperation and timely assistance by employers was found to be a key reason for these issues, the report said.

The report recommended the need to ensure access to social entitlements which are impeded by last-mile problems that people are not able to navigate on their own.

“The government needs to take a more proactive and citizen-friendly approach by setting up sahayata kendras, fostering community-based institutions, and linking with civil society institutions, to facilitate a smoother interface for citizens to be able to utilise valuable safety nets to which they are entitled,” said Aaditeshwar Seth from Gram Vaani.