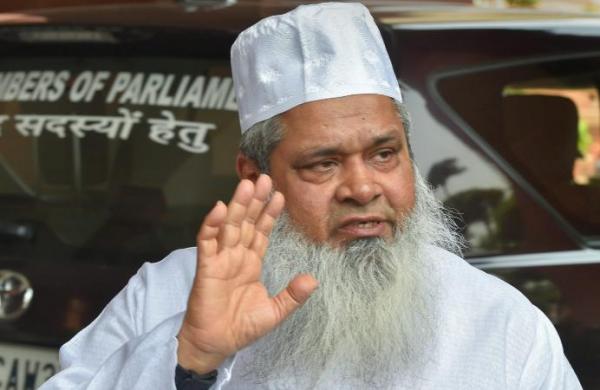 Express News Service
GUWAHATI: The Congress-led grand alliance appears to have an edge over the BJP-led ruling alliance in the 40 constituencies where the third and final phase of Assam elections will be held on Tuesday.These seats are spread across lower Assam.

In the 2016 elections in these seats, BJP and Congress had won 11 each. Bengali-speaking Muslims, considered to be the vote bank of Congress and the minority-based AIUDF, are large majorities in several of these seats.

Congress heads the 10-party grand alliance, which also has AIUDF and BPF as components.

In 2016, they did not have an alliance among them. BPF was a BJP ally then.In 14 of the state’s 126 seats, the combined vote share of Congress-AIUDF was more than that of the winning candidates from BJP or its ally AGP. Four of these constituencies are going to polls on Tuesday.

There is a perception that the Congress-AIUDF deal will prevent the split of anti-BJP votes.

Another factor that could harm BJP is its decision to sever ties with BPF. The saffron party has found a new ally in United People’s Party Liberal (UPPL) in the Bodoland Territorial Region (BTR). In 2016, BPF had won all 12 seats in BTR.

Eight of these are going to polls in the third phase. BPF, which ruled the autonomous Bodoland Territorial Council for 17 successive years till last December, is expected to give UPPL a run for its money.

Key constituencies in this phase are Jalukbari, Patacharkuchi, Dharmapur and Bongaigaon. Jalukbari is held by the BJP’s strongman and minister Himanta Biswa Sarma. BJP state president Ranjeet Kumar Dass is contesting from Patacharkuchi.

He had won the last election from Sorbhog.The first two phases of polling in 47 and 39 constituencies had recorded voter turnouts of 79.97 per cent and 80.96 per cent, respectively.

Silchar (Assam): Three persons were arrested for allegedly attacking a truck carrying reserve EVMs in Cachar district during the second phase of polling, a police officer said on Monday.

The police have identified more than 20 people for their alleged involvement in the incident which occurred at Jhapirbond near the National Automotive Testing and R&D Infrastructure Project.