With over one lakh new infections, COVID-19 cases reach record high in India 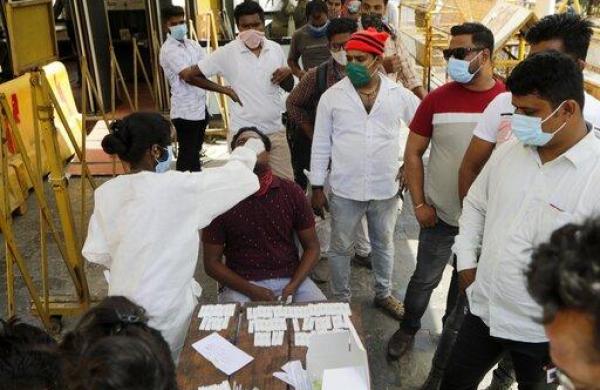 By PTI
NEW DELHI: Coronavirus cases in India hit a record daily high since the the outbreak of the pandemic with 1,03,558 new infections pushing the nationwide COVID-19 tally to 1,25,89,067, according to the Union Health Ministry data updated on Monday.

The single-day rise in cases surpassed the earlier peak of 97,894 infections reported on September 17, last year, making it the highest so far.

However, this time the daily rise in cases have galloped at a much faster pace taking just 25 days (March 10 to April 4) to cross the grim milestone of one-lakh infections.

Registering a steady increase for the 26th day in row, the active cases have increased to 7,41,830 comprising 5.89 per cent of the total infections, while the recovery rate has further dropped to 92.80 per cent, the data stated.

The number of people who have recuperated from the disease surged to 1,16,82,136, while the case fatality rate has further dropped to 1.31 per cent, the data stated.

The 478 new fatalities include 222 from Maharashtra, 51 from Punjab, 36 from Chhattisgarh, 31 from Uttar Pradesh, 15 from Karnataka, 14 each from Gujarat and Tamil Nadu, 11 from Madhya Pradesh and 10 each from Himachal Pradesh  and Kerala.

The health ministry stressed that more than 70 per cent of the deaths occurred due to comorbidities.