‘The Walking Dead’ final season to premiere in August 2021 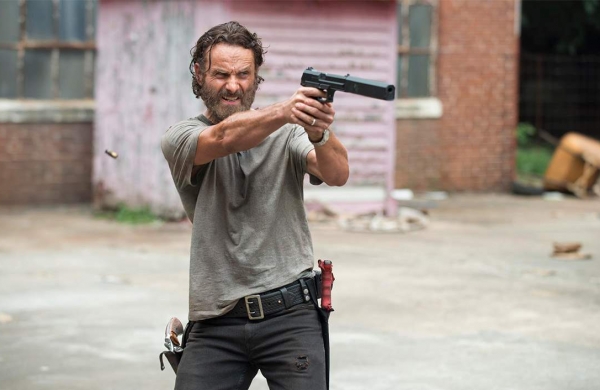 By PTI
LOS ANGELES: The eleventh and final season of popular zombie drama “The Walking Dead” will premiere on AMC network on August 22.

The makers of the show, which concluded its season 10 on Sunday, shared the premiere date of the upcoming season in a teaser released on AMC.

“Coming off of the six additional episodes for Season 10, which focused on smaller, character-driven stories, we’re excited to kick off Season 11 bigger than ever,” showrunner Angela Kang said in a statement to Variety.

“The stakes will be high: we’ll see more zombies; tons of action; intriguing new stories; never-before-seen locations and our groups together in one community for the first time, trying to rebuild what the Whisperers took from them,” she added.

The season 11 will launch with eight episodes and will feature total 24 episodes.

Based on the Image Comics series by Robert Kirkman, Tony Moore and Charlie Adlard, “The Walking Dead” debuted on AMC in 2010.

The show centres on the survivors of a zombie apocalypse and the communities they form, as well as the shifting alliances those tribes reach with each other.

Other spin-offs and tie-in films are also in the works.

Working in ‘The Father’ made me think about my past: Anthony Hopkins

Was lovely having my family home amid COVID pandemic: Catherine Zeta-Jones