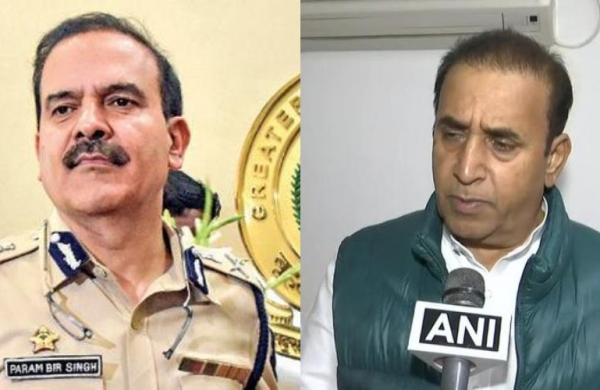 By PTI
MUMBAI: The Bombay High Court on Monday directed the CBI to conduct a preliminary inquiry within 15 days into allegations of corruption and misconduct levelled by former Mumbai police commissioner Param Bir Singh against Maharashtra Home Minister Anil Deshmukh.

A bench of Chief Justice Dipankar Datta and Justice G S Kulkarni said this was an “extraordinary” and “unprecedented” case that warranted an independent inquiry.

The court said since the state government had already ordered for a probe by a high-level committee into the matter, the Central Bureau of Investigation (CBI) need not immediately register an FIR in the case.

It said the CBI must complete the preliminary inquiry within 15 days and then take a decision on further course of action in the case.

The bench delivered its verdict on a bunch of public interest litigations (PILs) and writ petitions seeking several reliefs and a CBI probe into the matter.

The pleas had been filed by Singh himself, city-based lawyers Jayshree Patil and Ghanshyam Upadhyay, and local teacher Mohan Bhide.

The HC disposed of all the pleas on Monday.

The HC had last Wednesday reserved its verdict on the pleas following a day-long hearing.

“We agree that this is an unprecedented case before the court. Deshmukh is Home Minister who leads the police. There has to be an independent inquiry. But, the CBI need not register an FIR immediately,” the court said on Monday.

On March 25, Singh filed a criminal public interest litigation seeking a CBI probe against Deshmukh who, he claimed, had asked police officers, including suspended cop Sachin Waze, to extort Rs 100 crore from bars and restaurants.

The remaining PILs were filed around the same time.

The minister has denied any wrongdoing.

Singh’s counsel Vikram Nankani had argued that the entire police force was demoralised and was working under pressure due to the interference of politicians.

The HC had then asked why Singh did not lodge an FIR against Deshmukh, if he was aware of the alleged wrongdoing committed by the minister.

Patil, one of the other petitioners, had told the HC that she lodged a complaint against both Deshmukh and Singh at a local police station.

Advocate General Ashutosh Kumbhakoni, who appeared for the state government, had urged the HC to dismiss the pleas.

Singh had initially approached the Supreme Court, alleging he was transferred from the post of Mumbai police commissioner after he complained to Chief Minister Uddhav Thackeray and other senior leaders about the “corrupt malpractices” of Deshmukh.

The apex court had termed the matter as quite serious, but asked Singh to approach the high court.

Singh then filed the PIL in the HC, reiterating his allegations against Deshmukh and seeking an “immediate, unbiased, impartial” probe by the CBI against Deshmukh, who is an NCP leader.

The Shiv Sena, NCP and Congress share power in Maharashtra.