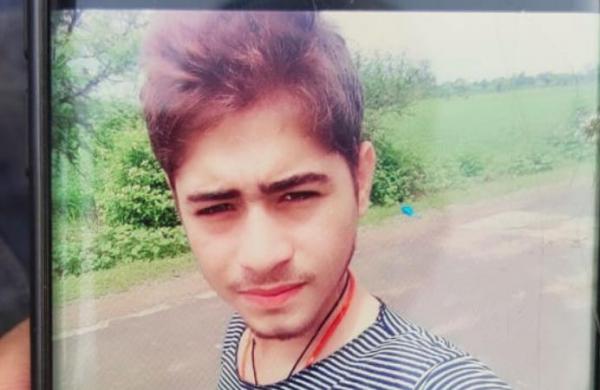 By Express News Service
BHOPAL: Five cops of the Madhya Pradesh Police’s Narcotics Wing posted in the Mandsaur district have been suspended in connection with the custodial death of a 21-year-old Rajasthan youth Sohail Khan.

Sohail, a resident of Pratapgarh district of Rajasthan was arrested on Friday afternoon for allegedly possessing smack (narcotic substance), but died the next morning in narcotics wing police’s custody.

While alleging that sub-inspector Rajmal Dahima had demanded Rs 45 lakh — failing which Sohail would be implicated in a false NDPS Act of Arms Act case — the youngster’s family demanded that the concerned cops, including the sub-inspector, be booked for murder, as it was their excessive torture which led to Sohail’s death.

According to Mandsaur district police superintendent Siddharth Chaudhary, “As per preliminary probe, the youth Sohail Khan, who hailed from Rajasthan’s Pratapgarh district was arrested by the Narcotics Wing on Friday night for possessing 90 gm smack. His health suddenly worsened, after which he was brought to the hospital on Saturday morning, where he was declared dead later. As per rules, a judicial probe has been recommended in the matter and the autopsy of the body will be performed under the camera by a panel of doctors.”

“The senior officials of the state police’s narcotics wing too have been informed about the matter and an internal probe will be conducted by them as well. All aspects of the matter, including the allegations of the youngster’s family will be probed during the judicial enquiry,” Chaudhary added.

According to key MP police sources, five cops of the narcotics wing posted in Mandsaur, including sub inspector Dahima have been suspended till the probe is completed.

The deceased youth Sohail’s 29-year-old brother-in-law Asif Khan, also a native of Pratapgarh district which borders Mandsaur, told The New Indian Express on Sunday that he along with Sohail was on way to Mandsaur on Friday afternoon for making purchases for a marriage in the family when their motorcycle was stopped by a white Scorpio boarded by three plain-clothed narcotics wing cops, including sub-inspector Dahima.

“They stopped us at a toll booth on Mandsaur-Pratapgarh road at around 3.30 pm on Friday, took the keys of our motorbike and herded us into their vehicle, asking us where is the maal (drugs). We told them that we are farmers who are going to Mandsaur to make marriage related purchase. But they were not ready to listen to us and kept thrashing us. We were taken to the narcotics wing police station and were beaten with belts. Sohail was taken to another room and I could clearly listen to one of the cops asking others to hang him for being thrashed brutally,” Asif said.

“At around 8 pm, they rang one of our relatives Izhar alias Babloo Khan, who is a Community Liaison Group (CLG) member of police in our native Pratapgarh district. He came to a place around a km from the police station in Mandsaur, where I was handed over to him after he made some payment to the cops. They also asked him to pay a heavy sum for Sohail’s release,” Asif alleged further.

Babloo Khan, seconding Asif’s allegations said, “I was called by sub-inspector Dahima to Mandsaur at around 8 pm on Friday, where he allowed Asif to go only on payment of Rs 4.5 lakh. He demanded Rs 45 lakh for releasing Sohail, failing which he would be framed up in NDPS Act or Arms Act case. On Saturday morning, the narcotics wing cops in Mandsaur rang Sohail’s brother and informed that Sohail was hospitalized after developing health problems. When we reached the hospital on Saturday morning, we were told that Sohail had already died. The injury marks on Sohail’s body clearly suggest that he was tortured to death. The cops should be booked for murder.”