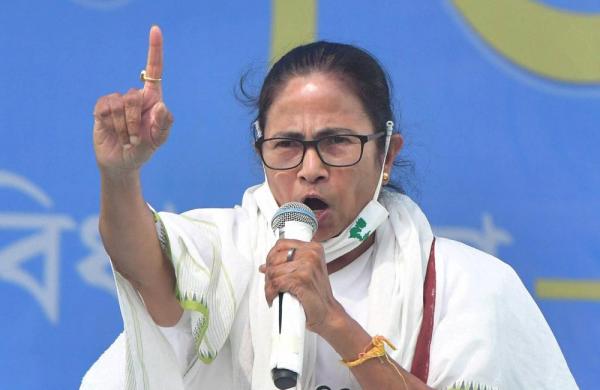 “Our culture is that Hindus and Muslims have tea with each other and celebrate Durga pooja together. BJP will benefit if there is unrest in our villages,” she said.

Attacking AIMIM and ISF, the Trinamool Congress chief said, “They had been given money by BJP to divide Hindus and Muslims. If you do not want to be divided, if you do not want NRC then do not vote for them.”

“Giving the vote to them would mean you gave the vote to BJP. In Nandigram, your daughter and kids will be kidnapped, that is what these goondas are threatening. Do not give votes to outsider gundas of BJP,” she added.

Naming the people who were denied tickets by the TMC, Mamata alleged that they were propped up by BJP.

The West Bengal Chief Minister also promised to bring water to every household in Raidighi.

She also stated that “free medical treatment in government hospitals and private nursing homes too will be started”.

“If you want Mamata, vote for TMC. It is not Delhi election but Bengal’s election,” she reminded.

Polling for the first two phases of the West Bengal polls was held on March 27 and April 1 respectively. The next phase of polling will take place on April 6.