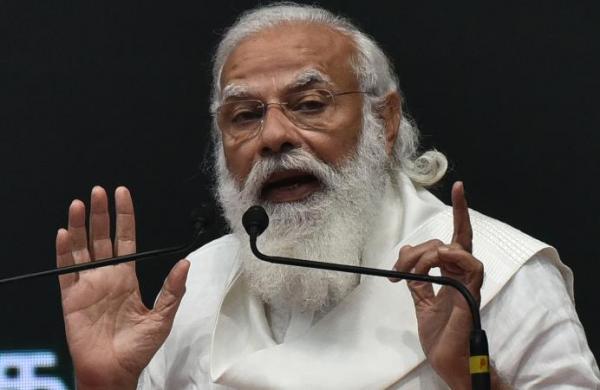 By Express News Service
India on Friday confirmed PM Narendra Modi will virtually attend the Climate Summit called by US President Joe Biden on April 22. Biden had invited 40 world leaders to participate in the summit ahead of the COP26 summit in Glasgow later this year. “The PM welcomed President Biden’s initiative and accepted the invitation,” Ministry of External Affairs spokesperson Arindam Bagchi said. This will be Modi’s second interaction with Biden after the two shared the stage during the first ever Quad leader’s summit last month. PMs of Bangladesh and Bhutan  are the other invitees from the regions to the Climate Summit.

India condemns violence in Myanmar, appeals for release of political prisoners India on Friday condemned the violence in Myanmar and said it is in favour of restoration of democracy in the country. “India has urged for the release of political prisoners and supported any attempts to resolve the current situation, including through the efforts of ASEAN. We condemn any use of violence. We believe that the rule of law should prevail. We stand for the restoration of democracy in Myanmar,” Ministry of External Affairs spokesperson Arindam Bagchi said. On whether India would allow Myanmarese people to cross over,  Bagchi said: “We are dealing with it as per our laws and humanitarian considerations.”

UNHCR notified about real nature of Sikhs For Justice following its complaint against Modi and Shah     Following the acceptance of a complaint by outlawed organisation Sikhs for Justice (SFJ) against Narendra Modi and Amit Shah, India on Friday said it has sentitised the office of the UN High Commissioner for Human Rights. “India’s Permanent Mission in Geneva has sensitised the Office of the UNHCR about the activities of the organisation whose complaint it has accepted,” MEA spokesperson Arindam Bagchi said. The complaint was filed on March 30 in protest against alleged atrocities against Sikh farmers. Bagchi said SFJ has been involved in anti-national activities with the intention to disturb the sovereignty and integrity of India.