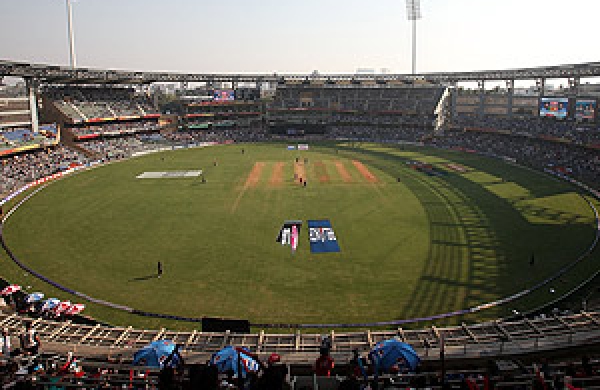 By ANI
NEW DELHI: With seven days to go for the high-octane Indian Premier League clash between Chennai Super Kings and Delhi Capitals at the Wankhede Stadium, groundstaff have tested positive for coronavirus at the stadium. With cases rising in the state of Maharashtra, IPL franchises have started feeling a little wary and are keeping fingers crossed with the 14th edition of the league set to get underway from April 9.

Speaking to ANI, an official of one of the franchises — currently based in Mumbai — said that it does change the situation and calls for stricter protocols.

“You do get a little concerned when you hear such things days before the start of the tournament. We have all been following protocols to the core, but obviously, when such a news come in, it makes us a little wary. We are looking at keeping things as tight as possible. Have to be on our guard,” the official said.

Wankhede is set to host 10 IPL games this season from April 10-25. The first match at the Mumbai stadium is slated to be played on April 10 between Delhi Capitals and Chennai Super Kings.

Four franchises — Delhi Capitals, Mumbai Indians, Punjab Kings and Rajasthan Royals have set up their base in Mumbai as of now.

Maharashtra reported 47,827 new COVID-19 cases and 202 deaths on Friday with Mumbai registering the highest-ever single day spike of 8,832 new cases. It was the second day in a row that Mumbai recorded more than 8,500 cases.

On Thursday, Kolkata Knight Riders batsman Nitish Rana had tested negative for coronavirus after returning a positive result on March 22. Having undergone self-isolation after the positive result, he underwent a COVID-19 test on Thursday and tested negative. He will start training shortly with an eye on the opening game against SunRisers Hyderabad on April 11.

Commenting on the turn of events, KKR issued a statement which read: “Nitish Rana had checked into the KKR team hotel in Mumbai, on March 21 with a negative COVID report which was done on March 19. As per IPL protocol, he was tested on March 22, during his quarantine and the report showed that he was positive. He has had no symptoms and has been completely asymptomatic since. Again as per IPL protocol, he isolated himself and was tested again today. We are glad to report that he has tested negative. We expect him to start training with the team shortly and be fully fit well before the start of the season.”

The BCCI SOP says a player who tests positive must isolate in the designated area outside the bio-secure environment for a minimum of 10 days from the first day of symptoms or the date of collection of the sample which resulted in a positive RT-PCR report, whichever is earlier.