Three militants gunned down by security forces in Pulwama encounter 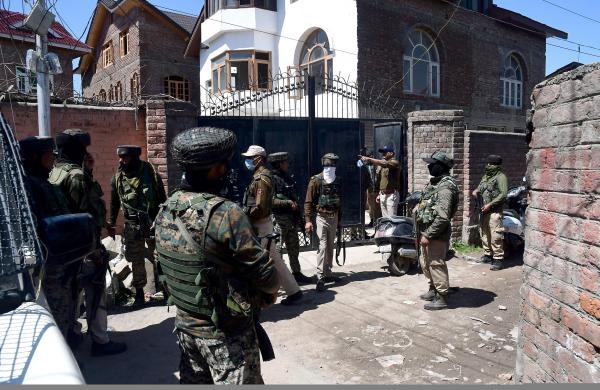 A joint contingent of police, CRPF and army launched a cordon and search operation at Gath Mohalla area of Kakapora in Pulwama district in the early hours of Friday after receiving intelligence inputs about the presence of a group of 3-4 militants there, a police official informed.

He said after plugging off all the possible entry and exit routes, the security men zeroed in on the target area where militants were hiding.

“The militants were asked to surrender. However, they turned down the offer and fired towards the troops. The fire was returned by the security men and in the ensuing gunfight three militants have been killed,” the official said.

He said the search operation in the area was going on when reports last poured in. “Arms and ammunition and incriminating material have been recovered from the slain militants,” the official said.

The police suspect that those killed in the gunfight were involved in Thursday’s militant attack on BJP leader Mohammad Anwar Khan’s residence at the Nowgam area on the outskirts of Srinagar in which a policeman was killed.