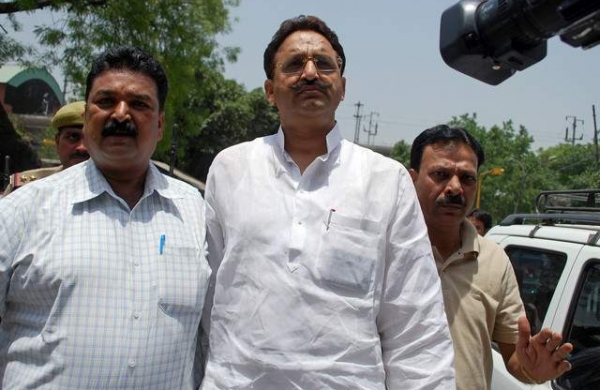 By PTI
CHANDIGARH: A Mohali court has rejected a plea of gangster-turned-politician Mukhtar Ansari who sought directions to jail authorities to constitute a medical board for examining him.

“There is nothing on record which cab suggest that after the apex court order on March 26 there have been any fresh medical issues with the accused,” the Mohali court judge said.

No separate order to constitute a board for treatment of the accused is required to be passed, the judge wrote in his March 31 order.

Ansari, wanted in Uttar Pradesh for several cases, was on Wednesday produced before the Mohali court in connection with an alleged 2019 extortion matter.

He was in a wheelchair when he was brought to the court.

Ansari, through his counsel Raj Sumer Singh, had moved a plea in the court for directing the jail authorities to get him medically examined due to “acute ailments and medical distress”.

The counsel had also claimed that the accused suffered “medical” emergency on March 29, 2020 and since then he has been suffering from “acute chest pain”.

It was feared that if he was denied proper medical assistance, he might succumb to his medical ailments, it was further submitted.

The counsel had also sought a reply from the Rupnagar jail superintendent before deciding the application.

The counsel also mentioned in the plea while referring to the March 26 Supreme Court order that as the MLA from Mau had to travel to Uttar Pradesh, keeping in view his medical condition, he be treated through a recognized government medical hospital in Mohali by constituting a board.

” The court also directed that as Ansari is in judicial custody in the present case, therefore, the jail superintendent, at the time of transferring the custody of the accused to UP as per directions of the apex court, will mention that he be produced through video conferencing on April 12 in the present case.

Ansari has been lodged in Rupnagar district jail in Punjab since January 2019 in connection with an alleged extortion case.

On March 26, the Supreme Court directed the Punjab government to hand over the custody of Ansari to the Uttar Pradesh Police, saying the custody was being denied on trivial grounds under the guise of medical issues.

The apex court had also said that a convict or an undertrial prisoner, who disobeys the law of the land, cannot oppose his transfer from one prison to another and the courts should not be a helpless bystander when the rule of law is being challenged with impunity.

A bench of Justices Ashok Bhushan and R S Reddy had said the custody of Ansari be handed over to Uttar Pradesh within two weeks so as to lodge him in Banda District Jail in UP.

The apex court also noted that Ansari was allegedly involved in several cases of attempt to murder, murder, cheating and conspiracy apart from offences under the Gangsters Act, which were lodged in Uttar Pradesh.

Out of these cases, 10 are at the stages of trial.