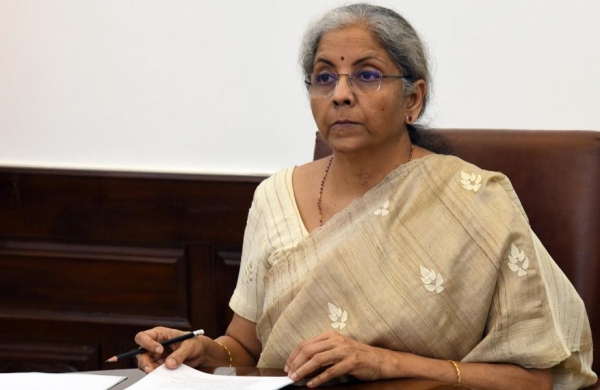 By PTI
NEW DELHI: The Congress on Thursday hit out at Finance Minister Nirmala Sitharaman after she ordered withdrawal of the interest rate slashing order and asked whether the U-turn was an “oversight” or an “election-driven hindsight”.

Congress leader Rahul Gandhi alleged that the small saving rates would be reduced soon after elections.

“There was already a loot on petrol and diesel and soon after the elections end, the small saving rates will be reduced and there will be a loot on the savings of the middle-class.

“This government is of jumlas (rhetoric) and the loot of common people,” Gandhi said in a tweet in Hindi using the hashtag “oversight”.

Congress leader Priyanka Gandhi Vadra said, “Really Nirmala Sitharaman ‘oversight’ in issuing the order to decrease interest rates on GOI schemes or election driven ‘hindsight’ in withdrawing it?” Party general secretary and chief spokesperson Randeep Surjewala hit out at Sitharaman and said she has no right to continue as the finance minister.

“Madam FM, Are u running a ‘Circus’ or a ‘Government’,” Surjewala asked.

“You have no moral right to continue as FM,” he said.

“One can imagine the functioning of economy when such duly approved order affecting crores of people can be issued by an ‘oversight’. Who is the competent authority referred in order,” he said on Twitter.

Senior Congress leader P Chidambaram said when inflation is at about 6 per cent and expected to rise, the BJP government is offering interest rates below 6 percent hitting the savers and the middle class below the belt.

“The BJP government had decided to launch another assault on the middle class by slashing the interest rates and profiting itself. When caught, the FM is putting forward the lame excuse of ‘inadvertent error’,” he said on Twitter.

“Announcement of interest rates on savings instruments for the next quarter is a regular exercise. There is nothing ‘inadvertent’ about its release on 31st March,” he also said.

After the government issued fresh interest rates, Sitharaman in a tweet said, “Interest rates of small savings schemes of GoI shall continue to be at the rates which existed in the last quarter of 2020-2021, ie, rates that prevailed as of March 2021. Orders issued by oversight shall be withdrawn.”