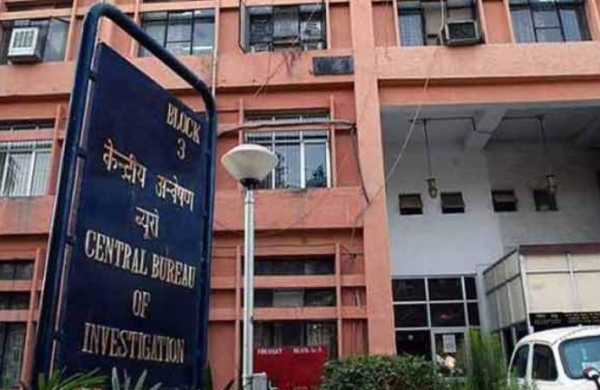 By PTI
NEW DELHI: The CBI has booked Arjun Singh Oberoi, director, Golden Jubilee Hotels, along with its CEO and managing director Laxmi Narayan Sharma, in connection with alleged cheating in a loan default of over Rs 1,285 crore in a consortium of seven banks led by the Bank of Baroda, officials said on Thursday.

The agency has also carried out searches at three locations in Hyderabad and Delhi, including the residence of Oberoi, in connection with the case, they added.

Oberoi is also the managing director of EIH Limited, which, according to its website, runs hotel chains Oberoi, Trident and Maidens.

“The FIR has just been brought to our attention and we are examining the contents,” a spokesperson of the Oberoi group said in a statement.

Besides Oberoi and Laxmi Narayan Sharma, the Central Bureau of Investigation (CBI) has also named Neha Gambhir and Yashdeep Sharma in the case registered under the Indian Penal Code (IPC) sections related to criminal conspiracy and cheating, besides provisions of the Prevention of Corruption Act.

When the company could not meet the deadlines to repay the loans, the banks carried out a forensic audit by Ernst and Young, which declared the account as fraud.

“It is submitted that borrower company, its promoters, along with other unknown persons and entities, in pursuance of a well-knitted criminal conspiracy…and with dishonest intention of causing wrongful loss to the consortium of banks led by Bank of Baroda to the tune of Rs 1,285.45 crore together with uncharged interest up to September 30, 2020 and wrongful gain to themselves, diverted and siphoned off the funds disbursed to them, dishonestly misappropriated the loan amount,” the banks alleged in the complaint.