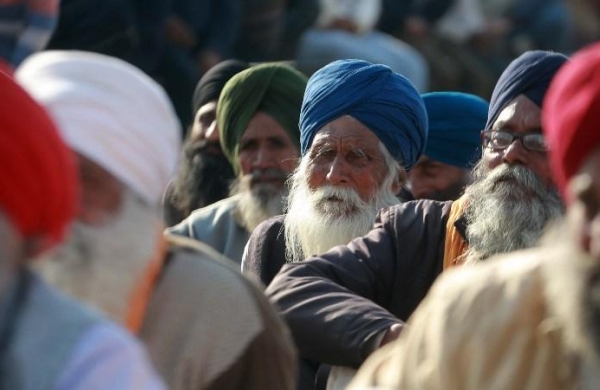 Express News Service
CHANDIGARH: Protesting farmers have firmed up their agitation schedule for April-May. On April 10, they plan to block the Kundli-Manesar-Palwal (KMP) expressway, almost a month ahead of their march to Parliament in May.

The general body meeting of the Samyukta Kisan Morcha (SKM) was held on Monday at Singhu border.

“On April 5, the farmers will lay a siege to the FCI offices across the country. On April 10, the KMP expressway will be blocked for 24 hours from 11 am and on April 13, the festival of Baisakhi will be celebrated at Delhi borders,’’ said Morcha leader Darshan Pal.

“Our action is meant to wake up the government,’’ he added.

“We’ll mark April 14 the birth anniversary of Dr BR Ambedkar as the Samvidhan Bachao Divas. On May 1, we’ll mark Mazdoor Day on the borders of Delhi. The day will be dedicated to farmer-labourer unity,’’ said Pal.

He said the day of the march to Parliament would be decided later.

“Farmers, labourers, women, Dalit-Adivasi-Bahujans, unemployed youths and every section of the society will be a part of this march. People will come in their own vehicles from villages to the borders of Delhi. After this, a foot march will be undertaken,’’ said the Morcha leader.

“We will form a committee to let the protesters know what to do in case there is police action during the march,’’ he said.

Pal alleged that SKM farmer leaders, who held the banner ‘No vote for BJP/NDA’ in the Kerala capital, were thrashed by BJP and RSS workers.

“We strongly condemn it,’’ he said. The Morcha also released a document explaining ‘what is black in these (farm) laws’.

The Supreme Court-appointed committee to study the three new controversial agricultural laws has submitted its report to the apex court on March 19 in a sealed cover, one of its members said on Wednesday.

The Supreme Court had on January 11 stayed the implementation of the three laws till further orders and appointed a four-member panel to resolve the impasse.

The committee was given two months to study the laws and consult all stakeholders.

“We submitted the report on March 19 in a sealed cover. Now, the court will decide the future course of action,” one of the members of the committee P K Mishra told PTI.

Apart from Mishra, Shetkari Sanghatana President Anil Ghanwat and agri-economist and former chairman of the Commission for Agricultural Costs and Prices (CACP) Ashok Gulati are other members of the panel.

The fourth member, Bhartiya Kisan Union President Bhupinder Singh Mann, had, however, recused himself from the committee before the work began.

Separately, while briefing Cabinet decisions, Food Minister Piyush Goyal said that while the new farm laws have been brought in the interest of farmers, it is a different issue “some people have misled farmers and tried to create a negative atmosphere”.

However, farmers across the country now understand that the new farm laws do not take away the existing system of mandis, and provide more marketing options, he said.

Goyal also explained that the government’s main concern when the new farm laws were passed in Parliament was how to increase farmers’ income and what steps should be taken to open more avenues to ensure their income rises.

In the new farm laws, the government kept the existing option of selling farmers’ produce in the APMC mandis intact and provided for other marketing options to ensure better returns to farmers besides creating jobs and attracting investment in the farm sector, he said.

While giving other marketing options, the government has carefully designed it to ensure farmers’ land is protected and they do not sell their produce under compulsion for lesser price to a trader, he added.

Goyal was one of the central ministers who was present in the last 12 rounds of meetings held with protesting farmers’ unions to end the impasse.

In its last meeting on January 22, the government had offered to suspend the laws for 18 months which the protesting farmers have rejected.