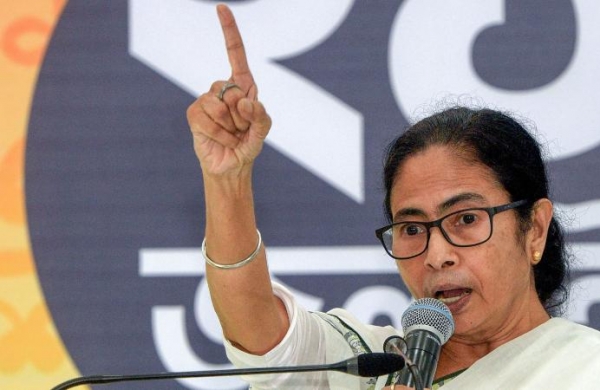 By Online Desk
West Bengal Chief Minister Mamata Banerjee wrote a letter to the Opposition leaders on Wednesday asking them to put a ‘united and effective’ struggle against BJP.

The letter which talks about the ‘assaults’ by BJP and the Centre on democracy, constitutional federalism was written to all Opposition leaders including Sonia Gandhi, Sharad Pawar, MK Stalin, Tejashwi Yadav, Uddhav Thackeray, Arvind Kejriwal, Naveen Patnaik.

The three page letter comes a day before West Bengal is all set to go for the second phase of polls on Thursday.

In her letter, Mamata wrote that she ‘strongly believes that the time has come for a united and effective struggle against BJP’s attacks on democracy and Constitution.’The letter talks about the recently passed National Capital Territory of Delhi (Amendment) Bill which gives more power to the Lt. Governor in the Capital over the elected Arvind Kejriwal-led AAP government.

“You will agree that what BJP has done in Delhi is not an exception, but is increasingly becoming the rule,” wrote Mamata in the letter.

“The Lt Governor has been made the undeclared Viceroy of Delhi, acting as a proxy for the home minister and the prime minister,” she said.

​All eyes are on battleground Nandigram with the chief minister Banerjee engaged in a fierce contest with her protege-turned-rival Suvendu Adhikari of the BJP.