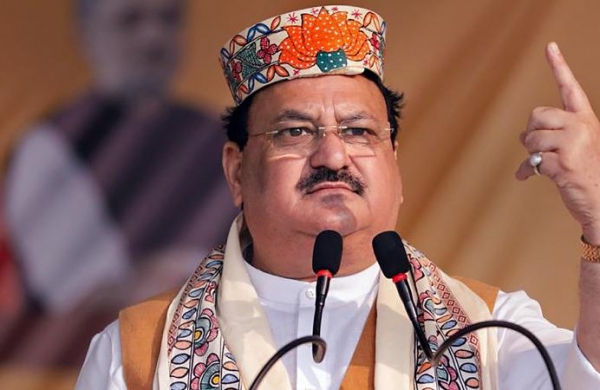 By PTI
DHANEKHALI: BJP national president JP Nadda on Wednesday asserted that the high percentage of polling in the first phase is proof enough of a change of guard in West Bengal, as people have lost faith in the “corrupt” TMC regime.

“‘Khela shesh hoye gyache’ (the game is over). The high-voting percentage shows that people are yearning for change. (CM) Mamata Banerjee is worried as the elections were peaceful and the TMC goons could not have a field day,” he said, addressing a poll rally here.

The first phase of assembly polls on March 27 recorded 84.63 per cent voting.

Mocking Banerjee’s poll plank of ‘Ma, Mati, Manush’ (mother, land and people), the BJP chief said the recent death of 82-year-old Sova Majumdar speaks of the sorry state of affairs in the state.

“The death of Majumdar, who was injured when her son was being roughed up, reflects upon the condition of mothers in the state,” he said.

The BJP had on Monday claimed that the octogenarian, a party worker’s mother, succumbed to her injuries suffered during an attack by Trinamool Congress supporters in Nimta area of North 24 Parganas district last month.

The TMC has dubbed the allegations as baseless.