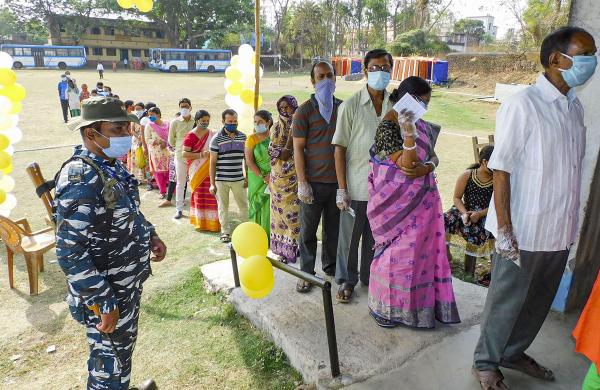 By PTI
KOLKATA: The Election Commission of India (ECI) is bringing in another 200 companies of central forces by April 8 as part of the measures to conduct free and fair elections in West Bengal, a senior official said on Wednesday.

He said that the 800 companies of central forces have already been deployed in the state where the first of the eight-phase of assembly election was held on March 27 and the second one will be conducted on Thursday.

“The 200 companies of central forces will be reaching West Bengal by April 8. No decision has been taken on how to utilise them and their deployment,” the official said.

However, chances are that they will be deployed in Alipurduar and Cooch Behar districts where elections will be held in the fourth phase on April 10, he said.