KL Rahul finds his way back after ‘doing most things right’ 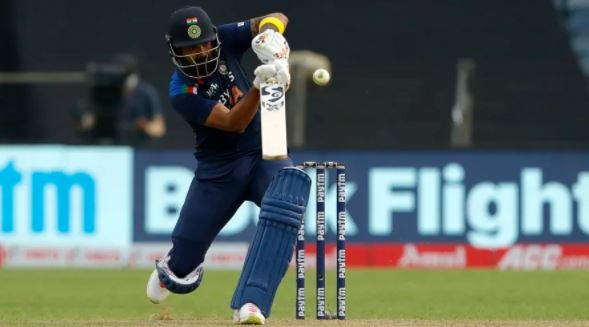 t is often joked – given how fans pine for players who are not playing – that the quickest way to improve as a cricketer is to spend some time outside the playing XI. However, that only fits for struggling teams. If your team is going through the kind of patch India is, you can be forgotten in no time at all. And then when you come back to play, the pressure can be immense because you know there are so many new players breathing down your neck.

KL Rahul is not exactly that story, but the noise around his failures in the T20I series tells you something about the riches of Indian cricket. Not long ago, Rahul was the answer to India’s long-persisting ailments in limited-overs cricket: a middle-order batsman who could score consistent and quick runs. A couple of indifferent matches, an injury during the Tests ruling him out when India could have done with a batsman, and then four failures in the T20Is against England later, he was suddenly the one having his position questioned.

During all this, those fit and outside the squad spent time in the middle in the domestic competitions and scored tons of runs. Nothing encapsulates it better than the ease with which Krunal Pandya batted with Rahul, who scratched only early in the innings, during the match-winning partnership in the Pune ODI. Rahul had played 31 balls in the middle in the last three-and-a-half months, and Pandya had come off a bumper Vijay Hazare season.

Once Rahul got through that initial struggle, he matched Pandya stroke for stroke. It was that time in the middle that T20 cricket doesn’t allow you that Rahul was missing. “I didn’t do anything different [during the T20Is against England],” Rahul said. “I wasn’t too stressed. Obviously, as a player, you are disappointed sitting on the bench. The last time I played was three-three-and-a-half months ago. So I was really excited and looking forward to doing well in the T20 series as well. Every cricketer, every player in the team wants to do that. Sometimes it doesn’t happen, and you accept it.

“For me the most important thing was, when I sat back and tried to look back and things, I asked myself if I had prepared well and if I was training hard and if there was anything I didn’t do in terms of preparation. When I thought about it, I had done everything right. After that if I don’t score runs, I can accept that. Having said that, it doesn’t mean you don’t feel disappointed. You do feel disappointed because you are representing your country. And you are playing at this level. You want to keep performing and keep winning games for your team.

“But you always have to accept that it is not always going to go your way. You have to be patient at times. I have been doing well at whatever roles and responsibilities that have been thrown at me for the last two-two-and-a-half years. When things were going right, I didn’t question my process, I didn’t question my passion or my commitment to the game or how I was preparing. So I didn’t want to sit back and overthink. You need to accept it sometimes. I was doing most things right. Whatever is in my control. Even after that if you don’t score runs, you accept it and move on.”