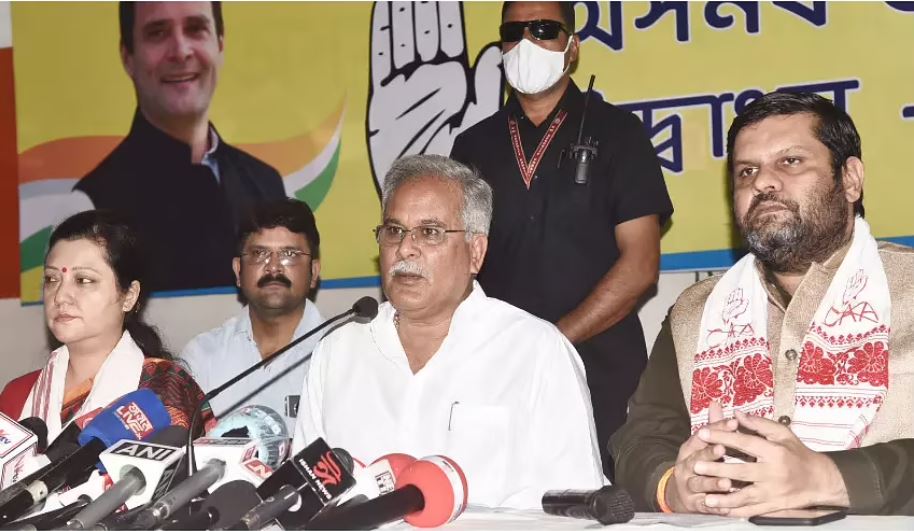 Chhattisgarh chief minister Bhupesh Baghel does not have to worry about elections in his own state right now. He is busy, nevertheless, as an observer of the Congress for the Assam polls, to be held in three phases starting March 27 and results on May 2. The party has formed a Maha Jot, or grand alliance, that has the Maulana Badruddin Ajmal-led AIUDF as a key ally, in a bid to defeat the ruling Bharatiya Janata Party. Infiltration, flood control, protection of local culture and values, tea garden workers’ wages, etc, have emerged as crucial issues for the polls. In an interview with News18, Baghel insisted that anti-CAA sentiments would play a big part in the elections, while he also responded to the BJP’s attacks on Ajmal and took a dig at the ruling party on its perceived CM-face dilemma. Excerpts:

In five years none of the promises made have been kept. Promises to mazdoor (labourers), kisan (farmers), youth have all been unfulfilled. Promises to Assamese people about the culture of this place about jaati-maati (community and land)…nothing has been kept. And on the other side, there is a popular resonance with the five guarantees that we are giving.

CAA and the anti-CAA sentiments were supposedly the trump card of the opposition. But the feedback from the ground suggests this isn’t a poll issue.

There is a huge impact of the anti-CAA sentiments. For one year, people agitated. The maximum agitation was in Assam… The people have not forgotten that. They know that their Assamese Identity will be taken away if the CAA is implemented. It is very much in the consciousness of people here. And Rahul (Gandhi) ji has promised that we won’t implement CAA if voted to power.

The Bengal Sankalp Patra of the BJP has said the CAA will be implemented in the first cabinet meet if the BJP is voted to power. Did it have an impact in Assam?

The BJP is indulging in classic doublespeak. In Bengal, they say we will implement CAA in the first cabinet meet. In Tamil Nadu, their alliance partner says it won’t be implemented. In Assam, they are tight-lipped. People can see how on the same issue three different things are being said. The BJP itself is confused. The PM came so many times…didn’t mention CAA. Amit Shah ji came…just dodged this issue. People can see this.

The BJP has questioned your alliance with Badruddin Ajmal. Is the AIUDF proving to be a liability?

Not at all. This is what we are telling people. The BJP took the help of AIUDF in Nagaon zilla panchayat elections, in Rajya Sabha proceedings…then there was no issue with Ajmal? Today, when he is not with the BJP, his name and image are being tarnished. Nafrat failane ke alawa kuch hai hi nahi na inke paas (they can do nothing except spread hatred).